WATCH: There is a growing battle between Victoria City Hall and Victoria police. Council is moving ahead with a plan to limit the Victoria Police Department budget increase for 2019. A majority of councillors say there is room for VicPD to find those savings.  The police chief says the move puts public safety at risk.  Mary Griffin reports.

Victoria police officers were at the scene of a two-vehicle rollover Friday morning. They were sorting out what happened in this crash.

The cost of this kind of policing is going up and the department wants an increase in its budget.

On Thursday, Victoria City Council made a key decision regarding the budget.

Councillors voted to deny the Victoria Police Department’s request for a budget increase of 6.6 per cent and instead, limit the hike to 3.4 per cent (inflation plus oneper cent).. The motion was approved by councillors Ben Isitt, Jeremy Loveday, Sarah Potts, Laurel Collins and Sharmarke Dubow. Geoff Young, Charlayne Thornton Joe and Mayor Lisa Helps voted against limiting the increase.

The 3.4 per cent more than enough, according to Coun. Potts.

Victoria’s Chief of Police, Del Manak, said his officers responded to more than 59,000 calls for service in 2018.  That works out to 160 calls every day.

“I was disappointed,” Manak said.  “The service cuts, if we are cutting $1.1 million and up to nine positions from the Victoria Police Department, there will be an impact to the community.”

“Policing is expensive because we pay people well when they are out there to potentially take a bullet for the community, right? These are dangerous jobs. And they are well-paid jobs.”

And the Victoria City Police Union issued a statement writing:

“The Victoria City Police Union (VCPU) is shocked and disappointed with Victoria City Council’s decision yesterday to deny the requested budget increase, which would have allowed for the hiring of critical officers for the under-resourced local force.

“Without the increase, members are concerned that the department will be forced to cut front line positions like ACT, HART, or IMCRT Officers, who provide services that contribute to the vibrancy of our city and that keep some of our most vulnerable citizens safe. As the result of cutbacks and an increasing demand for service, the Victoria Police Department was forced to cut school liaison officer positions earlier this year.

“When it comes to crime, our officers deal with more violent crime and have a higher criminal case load than any other municipal department in BC, but just looking at crime rates is misleading”, Sean Plater, VCPU president says. “Crime rates are not an accurate reflection of all the issues officers are facing in Victoria every day.

“The police respond to many types of calls that are not classified as crimes, such as suicidal people, drug overdoses, missing persons, unwanted persons, sudden deaths, disturbances and many others because we are required to or the public expects us to.” 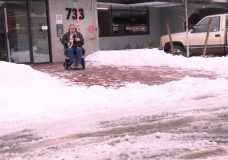 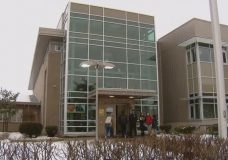