The historic Vic West neighbourhood of Victoria is undergoing a transformation as the City plans to house thousands of people in the area over the next decade.

Victoria Mayor, Lisa Helps, says the aim is to build out the area’s capacity to handle an additional 5,000 residents, targeting high-density near the harbour.

Helps notes it’s just close enough to the downtown core to have an urban feel, without the urban sprawl.

“I think it’s a very exciting time on in Vic West right now, lots of change,” Helps said. “And again, it connects Vic West more seamlessly into the downtown.”

The development plans include ten towers and two hotels that total 148,000 square feet of rental units.

“When we got here, that’s why they called it the ‘wrong side of the bridge’,” Mariash said.  “All the buildings were torn apart. They all leaked.”

Years after starting the initial project, the Bayview Place development is getting closer to completion.

With the Roundhouse Marketplace as its centrepiece, the development will house as many as 2,000 people — half of them in affordable rental units.

Nearby, the Dockside Green project stalled during the recession, but with the new owners — the Bosa Development company — there are plans for three more towers with another 369 units.

The multi-stage Railyards project is also nearing its final phase.

Many of the proposals still have to go through final approval. 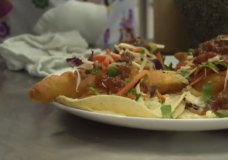 Order Up: Adriana's The Whole Enchilada 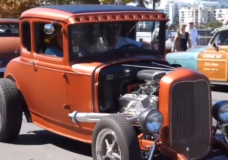