Woman whose vehicle was found at Sooke Potholes is very familiar with the area: police

After Melissa McDevitt did not show up for her flight to North Carolina, her family became worried and reported her missing. Now her vehicle has been found at the Sooke Potholes, which is an area she frequently hiked and was familiar with, according to police.

Bowen Osoko, spokesperson for Victoria Police, says Sunday marked the second day of the search for McDevitt in Sooke Potholes and given the colder temperatures “time is of the essence.”

“Sooke RCMP located her vehicle earlier yesterday at the parking lot by the Sooke Potholes,” Osoko said in an interview with CHEK News. “She was known to frequent that area. There’s several places she likes to hike and she’s an avid hiker, and so right now they are focusing on a ground search in the area of the Sooke Potholes.”

Osoko said Juan de Fuca Search and Rescue is helping with the search in Sooke Potholes. Efforts include the use of helicopters, ATVs, and search dogs.

While teams search Sooke Potholes, Osoko said VicPD is trying to determine if it is possible she is not in the park.

“Now, it is certainly possible that she is a hiker who has gotten lost in that area. And, again, our partners at Sooke RCMP and Juan de Fuca Search and Rescue, they’re following that scenario,” Osoko said. “But if she is not there, that’s our investigation that we are continuing so we’re looking to see if it’s possible that she is somewhere else or that something else may have happened to her.”

Osoko said on Saturday McDevitt, who lives in Victoria, was supposed to fly to North Carolina to visit her family, but she never showed up for her flight. Now her family is coming to Victoria to help with the search.

McDevitt, 38, is five feet tall, weighs 105 pounds and has a very small build. She has alopecia and may be wearing a wig or have short rainbow-coloured hair. McDevitt is neuro-divergent.

According to Victoria Police, McDevitt drives a grey 2015 Subaru Forester with a North Carolina plate.

Melissa McDevitt’s 2015 Subaru Forester was found in the area of the Sooke Potholes on Dec. 10, 2022. (Victoria Police/handout)

McDevitt enjoys hiking near the Sooke Potholes and the neighbouring trails like John Stick Peak, Malcolm, The Donald, Mike Hill, the Three Amigos, and Tony’s Triumph.

Osoko says given the area McDevitt is believed to have been hiking in, and the cold temperatures it is important to find her as quickly as possible, in case she is injured.

Police are asking for anyone who saw McDevitt or her vehicle from Dec. 8 until Saturday, Dec. 10 to speak with police to help officers narrow down where she may be.

Anyone who finds McDevitt is asked to stay with her and call 911 immediately. Anyone who saw McDevitt or her vehicle in the last few days or if you know where she may be is asked to call VicPD at (250) 995-7654 extension 1. 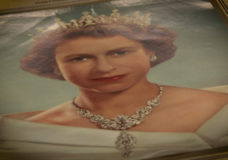 Looking back at Queen Elizabeth’s connection to B.C. 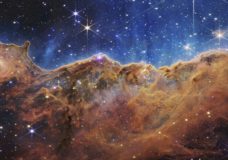 Not yet over the moon: Here's what's on the horizon for Canadian space exploration