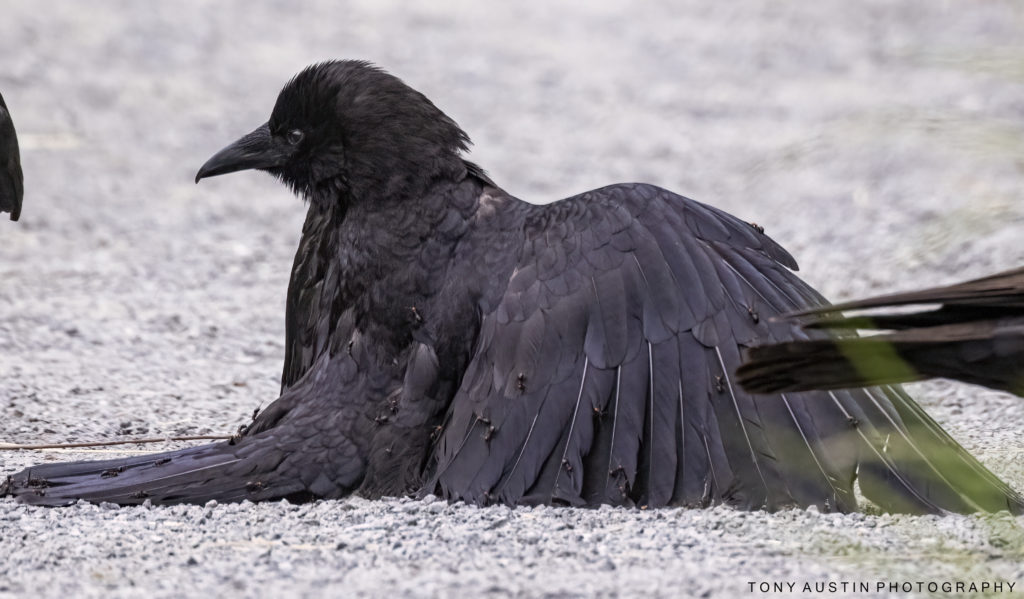 Courtesy Tony Austin
A crow lets ants crawl on it in a bizarre behaviour known as 'anting.'

A Metchosin photographer caught a seldom-captured behaviour when he witnessed a crow bathing itself not in water or dirt — but ants.

Tony Austin snapped photos of a crow at Swan Lake Nature Sanctuary in Victoria last week, but didn’t notice how peculiar they were until he got home and enlarged the pictures.

“These crows landed about 40, 50 feet away from me,” said Austin. “I took pics of one bird who seemed to be in distress a bit, but I couldn’t see any apparent problems with it. It wasn’t until I got home and sort of cropped it in a little tighter.”

That’s when Austin noticed the crow had ants crawling all over it — a bizarre behaviour known as “passive anting.” 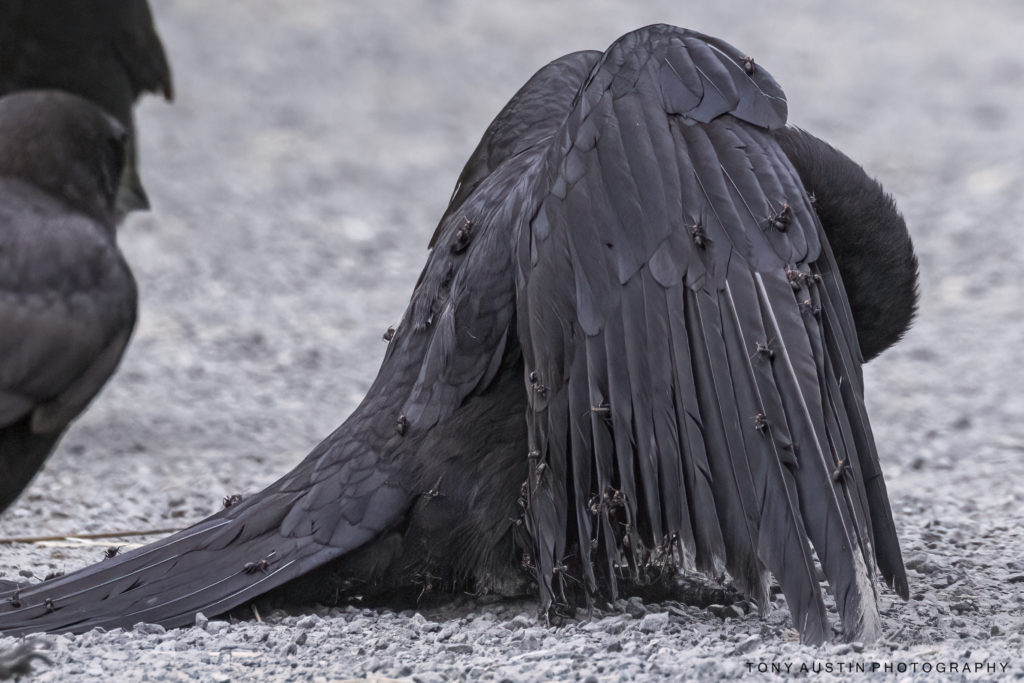 Anting has been observed in crows and other species of birds for decades, but its purpose is less understood. Some experts say it’s likely a way for birds to acquire defensive secretions from ants for insecticidal use or to supplement the bird’s preen oil.

Passive anting means the birds land in or near an anthill and then wait for the insects to start crawling on them.

For Austin, he’s excited that he’s had an opportunity to shed some light on a mysterious bird behaviour.

“There’s gonna be a lot more people who have a discussion on it now from the photos. I’ve had scientific people who’ve studied [this] say they’re better photos than the ones in the literature of it.”

Austin’s photos have also brought him attention from around the globe for the same reason. He’s had interviews with CBC, NPR, CBS, The Smithsonian and Geo Magazine France.

“You hear about viral, but I have never experienced it,” he said. “It just blew up.” 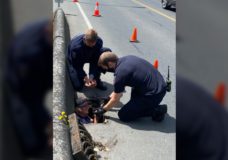