Vancouver Island goalkeeper Nolan Wirth is the latest signing to Pacific Football Club.  The Comox-raised goalkeeper has played for Canada’s U20 team and the Phoenix Rising FC in United Soccer Championship (USL) and is the first true Islander to sign with the Island-based club.

“Early on when the Canadian Premier League was just a possibility, I always had it in the back of my mind as my first choice of where to play,” said Wirth.

“Now that the opportunity has presented itself there is no place I’d rather play than Vancouver Island.”

At 6’1”, Wirth stands tall in net and has been a force in Vancouver Island’s soccer scene where since the age of 12 he played at the top levels the Island has to offer. The shot-stopper, 24, played at the metro level in his young teens and was named Most Valuable Player with Upper Island Soccer Association (UISA) in the 2010-2011 season.

Wirth joined Whitecaps FC Residency and represented B.C. at the Canadian U-16 All-Star Championship. At 17,  he made his debut in the Canadian youth program for the U-18 team and competed for the U-20’s at the CONCACAF qualifier in Jamaica as a 19-year-old.

Wirth played NCAA Division 1 soccer for Oregon State University and later joined Didier Drogba’s Phoenix Rising in the USL for the 2017 season. He returned to Vancouver Island in 2018 to play with Highlanders FCof USL League 2 before competing in the VISL. 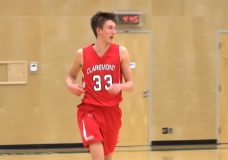