An experiment in Nanaimo’s Departure Bay is testing whether sea urchin farming could be the next big industry on our coast.

Wild urchin roe is already highly coveted in asian markets and is a multi-million dollar industry. So Island researchers are looking at the impact farming them in cages would have here, as the popularity of sushi grows worldwide.

Heading out to the unusual farm in Departure Bay, researchers Chris Pearce and Lyanne Curtis wonder how their prickly projects are doing today.

“Make a quick trip out to the farm,” says Pearce aboard the Fisheries and Oceans boat.

The Department of Fisheries and Oceans team from Nanaimo’s Pacific Biological Station is 7 weeks into their 12 week trial, to see if sea urchin farming is a viable idea for the west coast.

More than 3,000 wild urchins have been harvested from the area to be part if this trial. With two species and two foods, testing what works best in these waters.

“Yeah they look very happy and healthy from the outside for sure,” says researcher Lyanne Curtis.

But like we’re told by our mothers, it’s what’s inside that counts.

“And its called ‘uni’ in Japanese and it’s worth a lot of money,” says DFO Biologist Dr. Chris Pearce. “It’s sold in high end sushi restaurants so that’s the product that we’re looking for.”

Cracking the prickly invertebrates open to see how their roe or “uni” is growing, takes gloves and a little grit.

This experiment is to see if they can improve the roe or uni, coming from wild stocks by feeding them up in farms like this. Creating an even bigger, higher profit industry for this area’s future.

With another five weeks of the trial to go, these urchins growth will be watched closely. Then it’s off to Japan for them, to be tested for all important quality of taste that’ll determine this fishery’s future. 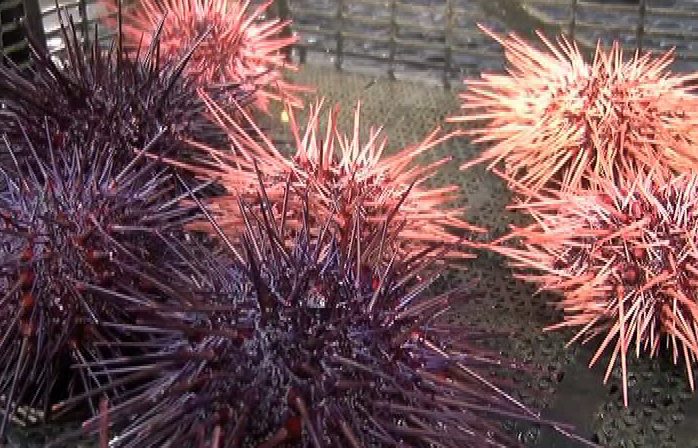 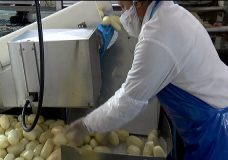 Saanich company fed up with red tape after permit delays 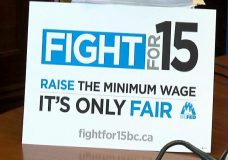