UPDATED WITH VIDEO: One injured in BC Transit bus crash near Uptown Shopping Centre in Saanich

Saanich Police and BC Transit are investigating after one person was injured when a BC Transit bus left the road near the Uptown Shopping Centre on Tuesday evening.

Officers were called to the Trans-Canada Highway near Carey Road around 6:50 p.m., they found a #31 BC Transit bus that had jumped the sidewalk and wound up entirely on grassy areas near Uptown.

No other vehicles were involved instead police say it appears the driver was turning onto Carey Road from the Highway, hit the center median and lost control.

BC Transit says one person was injured and they were assessed and released at the scene.

It says there were passengers were on board at the time but has yet to determine how many.

They were able to get on another bus and continue their journey.

The cause of the crash is under investigation.

BC Transit says it will offer support to the driver and the bus will be examined for any possible mechanical issues.

They will be conducting an internal investigation to see if anything needs to be done to make sure a similar crash doesn’t happen again in the future. 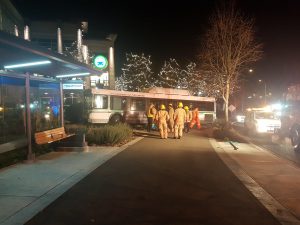 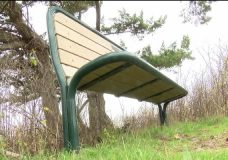 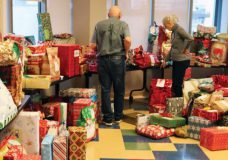 Our Place giving away 700 gifts, hosting The Big Latke Lunch