Flames lit up the night sky in Gold River late Sunday after a fire broke out at a mobile home park on Matchlee Road.

The fire started in one trailer and quickly spread to a second one, several outbuildings were also badly damaged.

Fire officials say two people living in one of the trailers managed to escape unharmed, the occupants of the other trailer were away at the time.

They fought to keep the fire from spreading to a nearby forested area which Cross says could have wound up threatening the entire town.

The cause of the fire has not been determined but an investigation is under way. 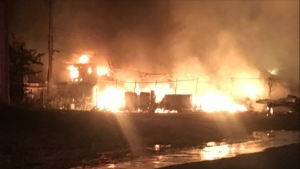 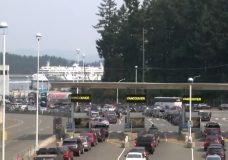 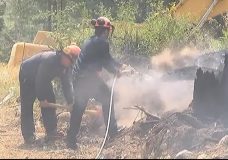