Uber reapplies for licence to operate in Victoria, Kelowna

Uber is once again trying to come to Victoria.

The ridesharing company announced Wednesday that it has applied to the Passenger Transportation Board (PTB) for a licence transfer from another rideshare company to operate in Victoria as well as Kelowna.

The PTB is an independent tribunal in British Columbia whose primary responsibility is to make decisions on applications relating to passenger-directed vehicle authorizations within the province.

Last December, the Passenger Transportation Board rejected Uber’s application to expand into Victoria, saying that while the company is fit and capable of operating, its proposed expansion would harm existing rideshare and taxi companies attempting to recover from the pandemic.

Uber’s new application, however, is different in that it is not requesting a brand new ride-hailing licence but seeking to transfer an existing unused licence.

The main difference is: When Uber applied for new licenses, the PTB weighed the public need. But in applying for a licence transfer, there is no such criteria. The PTB only needs to determine if Uber is a fit company (which is already has b/c it runs in Metro Vancouver).

Under an application to transfer, the PTB bases their decision solely on whether the applicant is fit to operate — something they’ve already done.

“It’s time that residents and visitors in Victoria and Kelowna have the same safe, reliable, and affordable transportation options and flexible earning opportunities that millions of other Canadians enjoy,” Uber said in a statement.

“We’ve heard from local businesses, entrepreneurs and our hospitality industry that there is an immediate demand for these services. We are also encouraged by Uber’s environmental sustainability efforts and their commitment to become a zero-emission platform by 2030,” Helps said.

RELATED: Uber’s proposal to expand to Victoria rejected by transportation board

With files from CHEK’s Rob Shaw. 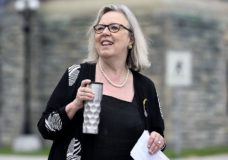 Elizabeth May joins Green leadership race, says party has been in disarray 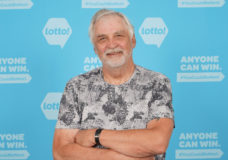