The Strathcona Regional District in partnership with the Ka:’yu:’k’t’h’/Che:k:tles7et’h’ First Nations and Nuchatlaht First Nation have completed Phase 1 of tsunami modelling for the northwest coast of Vancouver Island, from Muchalaht Inlet to Cape Scott Provincial Park.

It was made possible through a Flood Planning grant through the Union of BC Municipalities.

“The Province tells us the water will go up 20 metres in 20 minutes for the exposed west coast but most of our communities are on inlets so would the inlets amplify it, dissipate it? Would an Alaska or Cascadia earthquake be worse? Honestly, we never knew, we could speculate but speculation is not good enough for life safety,” said Shaun Koopman, Strathcona Regional District Protective Services Coordinator. “That’s why we had to do this.”

Many parts of Vancouver Island, such as Victoria and Tofino, have had tsunami modelling done, but not places like Tahsis, Gold River and Zeballos which would likely see a wave first.

45,000 people live in these areas and the population quadruples in the summer months.

The study is giving them a better picture of what could happen in a Tsunami. Tahsis, for example, is at the head of the Tahsis inlet and 4 metres of water is likely to flood the lower part of the community, however, the modelling has also revealed some good news.

“In areas like Tahsis or areas farther up the inlets we found there will likely be more time for response, we’re talking half an hour, 45 minutes and that was a bit surprising for us,” said Philippe St-Germain, Coastal Engineer with Northwest Hydraulic Consultants who led the work.

That’s for an earthquake that happens along the Cascadian Subduction Zone off Vancouver Island, however, they’re learning a lot about tsunamis that would come from an Alaska earthquake as well.

“We always knew that tsunamis are a devastating potential threat to our west coast communities, and we have been taking numerous life safety actions accordingly such as stocking seacans with essentials survival supplies and more, at these communities’ tsunami muster sites,” said Shaun Koopman, SRD Protective Services Coordinator. “Now that we finally know the extent of the overland wave and we truly understand the risk, a number of informed and meaningful community conversations can begin.”

“These maps present the anticipated effects of a tsunami at high tide with an additional freeboard (safety factor) to capture the most probable worst-case scenarios from the Cascadia Subduction Zone and Alaska Aleutian Subduction Zone,” said Strathcona Regional District Chair Brad Unger. “The Regional District’s next steps will be to host in-person public engagement sessions later this month in the Kyuquot and Nuchatlitz grids to discuss and educate the public about the impact of these maps on land use planning, conceptual mitigation options and evacuation considerations.”

Phase 2 of this project will begin in Spring of 2022 under funding provided by a private donor and will include:

The full report and videos of the modelling can be found on the Strathcona Regional District Website. 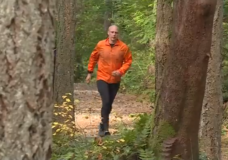 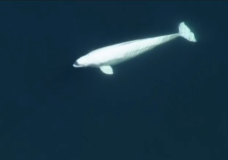