Prime Minister Justin Trudeau joined leaders from the world’s 20 richest nations on Sunday in a promise to work together to keep trade flowing, fight climate change and provide COVID-19 vaccines to poor countries.

The promises are contained in a final communique issued by G20 leaders at the end of two days of largely closed-door virtual discussions ostensibly focused on co-ordinating an international response to the pandemic.

Despite the pledges, however, experts say the summit represented a missed opportunity for addressing the biggest issues facing the world today, in part because most of the commitments are not new.

The promises also do not come with any new money, including for vaccines in Africa and elsewhere, while the communique made no mention of human rights, despite the summit having been hosted by Saudi Arabia.

Trudeau did raise human rights with his counterparts throughout the virtual summit, according to the Prime Minister’s Office. He also pushed leaders on climate change, free trade and equal access to vaccines and other COVID-19 support for all people.

“Only together can we tackle the greatest challenges of today and tomorrow, and create a more resilient world that works for everyone,” Trudeau said in a statement after the meeting.

Yet if the meeting was supposed to mark the start of a new era of international partnership, more than a decade after the group first came together in earnest to address the 2008 financial crisis, experts say it did anything but.

“Often with these events and communiques, you can point to five or six things on which there was some progress that was notable,” said retired Canadian diplomat Thomas Bernes, now a distinguished fellow at the Centre for International Governance Innovation.

“Unfortunately, on this occasion it’s a missed opportunity for the world.”

Trudeau went into the G20 leaders’ summit looking for strong commitments on the provision of vaccines and other medical support to poor countries struggling with COVID-19. He also planned to push the fights against protectionism and climate change.

While Canada has committed $440 million to a global program designed to ensure equitable access to a COVID-19 vaccine when it is ready, observers had hoped that G20 countries would pony up another US$4.5 billion to address a funding shortfall.

“The G20, which has spent, as they proudly declare, $15 trillion to counter COVID just this year, couldn’t even agree to write down that they would come up with $4.5 billion to get those vaccines delivered around the world,” Kirton said.

A similar lack of details and concrete commitments was found when it came to many other issues, with leaders largely committing to a steady-as-she-goes approach to the pandemic as well as climate change, infrastructure spending and international trade.

That is despite Canada and many other countries now scrambling to respond to a resurgence in COVID-19 cases, which is causing untold health and economic damage as well as triggering massive amounts of government spending.

Trudeau has framed that spending as an opportunity to address many of the inequities and root problems in the international economic system, including weaning the world off dirty energy and creating more sustainable infrastructure.

Such ideas were reflected in the communique, but without specifics or new timetables. Rather, it included numerous caveats giving countries plenty of wiggle room.

There was also no mention of restrictions on foreign companies bidding for infrastructure contracts. That is emerging as a source of concern for Canadian companies hoping to take advantage of such work in the U.S., in particular.

Kirton and Bernes attributed the lack of ambition and progress during the summit and in the communique to the fact the meeting was held virtually, which eliminated much of the energy, side conversations and spontaneity that typically mark such summits.

The fact it was held by Saudi Arabia, which is not accustomed to hosting such gatherings, and included what Bernes described as a “lame duck” U.S. president in Donald Trump, also contributed to the summit being what he called a “non-event.”

While Kirton described Trump’s participation, the arrival of Joe Biden as U.S. president next year and Italy taking over as president of the G20 as reason for optimism that the grouping is still relevant, Bernes said its failure on Sunday is a blow to global co-operation.

“The communique certainly identifies the challenges, but has made no substantive, significant progress in addressing COVID, climate change, the debt situation in many developing countries,” Bernes said. 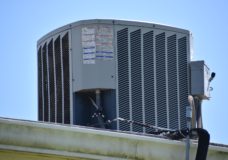 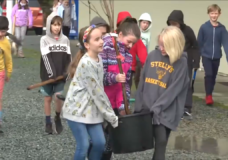