The victim of a worksite accident south of Gold River has been identified as a 54-year-old father of three.

On Monday, something terrible happened while Bohn was making his first cut in a brand new block, and he died as a result. Exactly what happened hasn’t been revealed by worksite investigators.

Close friends of Bohn’s told CHEK News he was passionate about the job still, 20 years after he’d started falling. He was also known as a volunteer and family man who loved to help those in need. Gold River’s mayor said the tight-knit community was feeling the devastating loss on Tuesday.

Flags were lowered to half-mast at Gold River Village Hall and will remain there all week in Bohn’s honour, which the community says is a reflection of just how much he was loved.

He leaves behind a grieving wife, daughter and two step-daughters who now have a town rallying behind them.

“Our hearts are with you. Our community’s here to support you, and they know that,” said Unger.

Western Forest Products confirmed on Monday that an employee of one of the company’s contractors working at Tree Farm Licence 19 was killed.

“Our thoughts are with the family, friends and colleagues impacted by this tragedy. On behalf of all employees at Western, I would like to extend our deepest sympathies to the worker’s family,” said Don Demens, president and CEO of Western Forest Products.

Worksafe BC is also investigating the circumstances surrounding Bohn’s death. 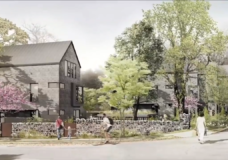 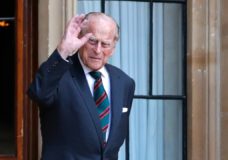