WATCH: An unusual site in the Cowichan Valley Wednesday as a parade of dozens of tractors made its way across the Trans-Canada Highway. April Lawrence reports.

Dozens of tractors were trading in the fields for the pavement Wednesday to say farewell to a popular local farmer, Russell Stewart.

“He was noted for growing the best strawberries on Vancouver Island, if not the whole country for heaven’s sake,” said longtime friend Don Allingham.

On Wednesday, his friends, family, and fellow farmers drove in a tractor procession to honour him.

“We feel a heavy heart for him,” said employee Jagdev Dhaliwal.

Stewart, who didn’t have a driver’s license, notably drove his orange tractor everywhere.

“We call that the Cadillac, you just come over here and say where’s the Cadillac? We knew you were looking for Russell in his orange tractor,” said Allingham.

It was at the front of Wednesday’s procession, driven by lifelong friend Ron Halk.

“It’s his memorial, and all the tractors and everything, honour him,” said Halk.

But perhaps more than his love for the “Cadillac” and his famous fruit, Russell Stewart was known for his heart of gold.

Don Allingham recalls the time they chatted about what they would do if they won the lottery.

“He looked at me and he says Don, I’d get you to drive me to the Duncan hospital, and I’d go inside and ask them what machine they don’t have and buy it for them, that’s the kind of man Russel Stewart was,” an emotional Allingham said.

For Ron Halk, it was the time a man on a bike approached Stewart looking for work.

“He says can I work for you for a bit so I can get the next ferry to Vancouver, he reached in his pocket, will this help, handed him 40 bucks, and the guy thank you very much and away the guy went, and he didn’t even know him,” Halk said.

The stories, like Stewart’s produce, are abundant, as are the people touched by them.

And they were there at Cowichan Exhibition Park on Wednesday afternoon, to welcome his big orange tractor home one last time. 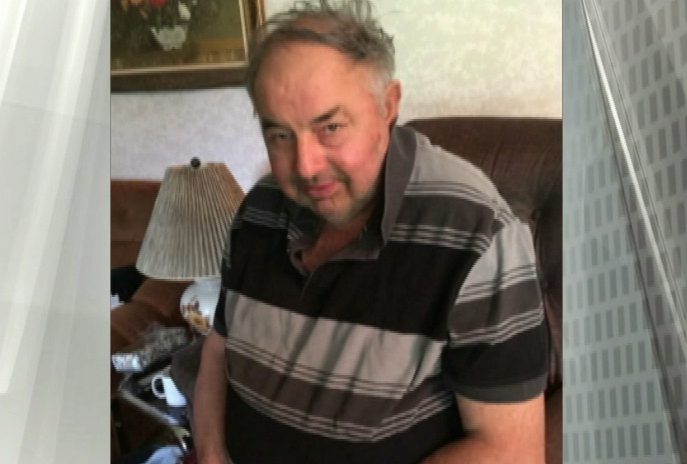 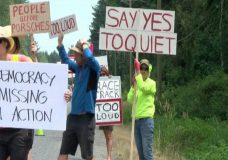