Posted: Sep. 18, 2020 6:21PM
CHEK
WatchThe summer of 2020 is one that anyone in the tourism industry will want to forget. According to Destination Greater Victoria, accomodation revenues are down 70-percent alone. That's why the province's announcement of a $100 million recovery package for the industry gives it some hope.

On a grey day, the crowds are sparse in Victoria.

It’s the end of a tourism season that never really started. Whale watching boats remain tied up in the Inner Harbour.  Many of Greater Victoria’s tourism-based businesses are struggling.

That’s why Premier John Horgan announced a $100 million recovery package for the industry.

“I know intimately the impact that a global pandemic has had on tourism,” said Horgan.

Hotel occupancy in Victoria this year is down from 86 per cent in 2019, now sitting at 36 per cent.

BC Ferries traffic is down by more than 80,000 passengers.

Traffic at the Victoria International Airport hit almost 185,000 passengers in all of last year – a far cry from the 34,000 passengers that have come through from January to July this year.

In 2018, direct and indirectly, tourism in Greater Victoria added up to 22,300 jobs, $2.2 billion in economic output, and contributed more than $376 million in taxes.

Paul Nursey, president and CEO of Destination Greater Victoria, said although the funding is a good start, it falls short.

“I think that the fallacy in this whole thing, the thing that’s really frustrated the industry is that locals could make up for tourists. We all just travel within BC and somehow it’ll be ok. That is impossible to make up for conventions, or Victoria Clipper, or Coho or international tour groups,” Nursey said

In its $1.5 billion economic recovery plan, the province allotted $100 million to the tourism industry. But the industry was asking for $680 million.

But the president and CEO of the BC Hotel Association, Ingrid Jarrett said the government was listening.

“Although there was some disappointment about the $100 million, we are grateful that there was recognition that our industry really does need support,” said Jarrett.

Without that financial support from the government, there is a good chance that many tourism-related businesses won’t survive to see the Inner Harbour busy with tourists once again. 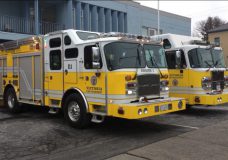 'Obsolete and unfair': City of Victoria pulls out of the region's fire aid agreement 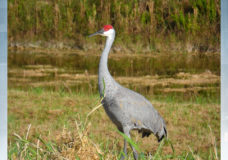