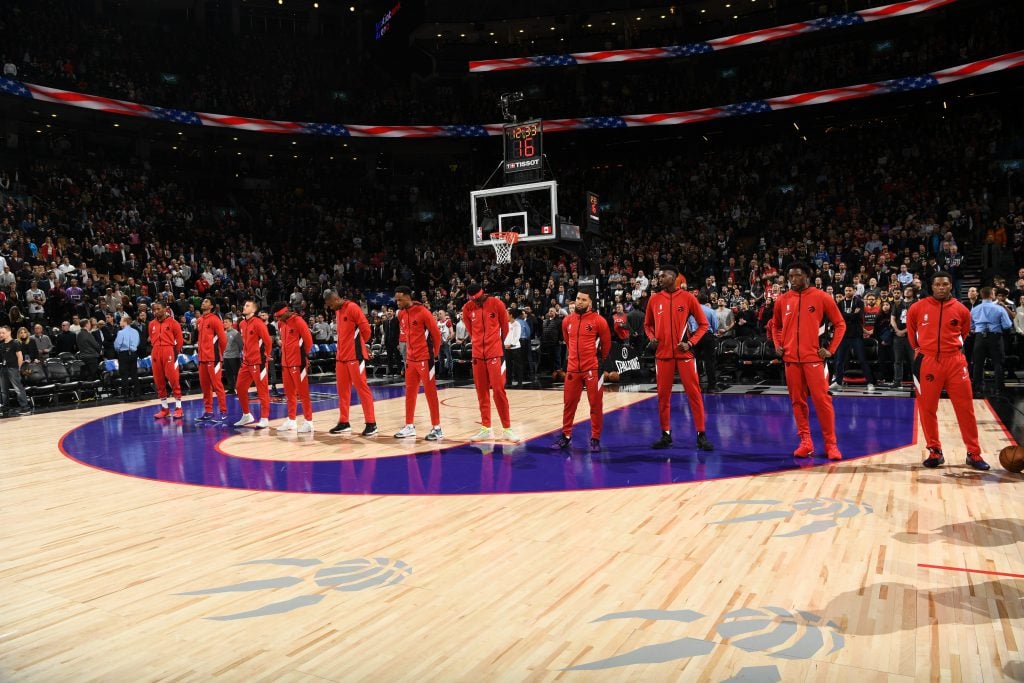 Toronto Raptors / Twitter
Raptors asked to quarantine after coming in close contact with an NBA player who has tested positive.

Following the news that the NBA would be immediately suspending the 2019-20 season, the Toronto Raptors players and staff were asked to self-quarantine for fears of a COVID-19 outbreak.

The league’s sudden suspension came after Utah Jazz center, Rudy Gobert, tested positive for the rapidly-spreading disease. Due to the proximity of players during games, in the locker rooms, and at practice, the NBA didn’t want to take any chances.

Gobert and the Jazz played the Raptors on Monday night and ended up in a close altercation with Toronto forward OG Anunoby that resulted in both players being ejected.

Just two days later, the Jazz announced the positive test moments before they were scheduled to tip off against the Thunder in Oklahoma City on Wednesday evening. The NBA announced the indefinite suspension soon after.

The Raptors have since undergone testing and are awaiting the results.

“Out of an abundance of caution, members of the Raptors travelling party have been tested for the virus. We await those results. Our players, coaches and travelling staff have all been advised to go into self-isolation for 14 days, which means minimizing contact in accordance with public health guidelines,” reads a statement on the team’s website.

The team also outlines that since the game on Monday, they have made two public appearance.

“People who attended these events should continue to monitor their health, practice social distancing and hand washing, and contact a health professional should they develop symptoms,” said the organization.

The NBA is the first major North American sports league to cancel games, but an announcement from the National Hockey League is expected later today.