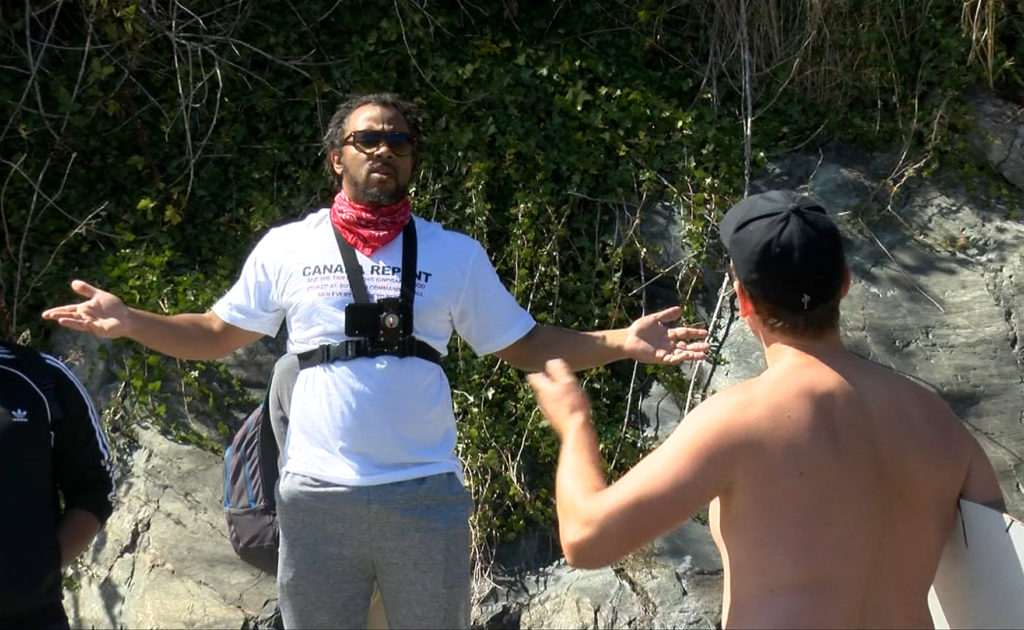 A controversial Toronto pastor was back preaching in Victoria.

It comes less than 24 hours after the controversial pastor, who has made headlines in Toronto for his views mainly towards the LGBTQ community, launched his cross-Canada tour in downtown Victoria, causing a large crowd to come out and protest against him.

Using a loudspeaker, Lynn spoke against Black Lives Matter movement and premarital sex in front of a small crowd gathered at the Victoria beach.

“We are in such a day today that people are would think that living in destructive ways are good for them,” he said.

“Repent of your wickedness and lewdness Victoria,” he later said.

However, Lynn’s messages were not received well by many of those at the beach.

Two women, who did not identify themselves, were at the beach and told CHEK they could hear him from the other side and decided to see what was going on. They said they had heard about Lynn being in Victoria and felt it was important to come and “stand up” against him.

“We’ve seen on Instagram there’s someone spreading around hate and bigotry and homophobia, and it’s trash and I don’t think there’s a place in Victoria for it,” one of the women said.

At one point, a parent who was at the beach with his family told Lynn that his sermon was scaring his children, which ultimately led to a series of arguments.

“If you don’t like [my message] then leave,” he said, adding. “I don’t have to leave a public beach.”

At the end, Lynn offered to perform baptisms. But when none of the beachgoers took Lynn up on his offer, he threatened the entire city, saying judgment is coming. 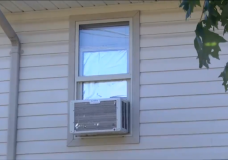 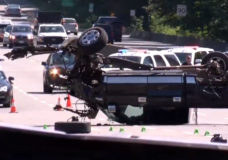