WATCH: The Inter-Cultural Association of Greater Victoria helps resettle refugees from around the world. The only problem is there are more spots than there are sponsors. as Luisa Alvarez tells us, those spots could go to waste without enough people willing to help.

Millions of people are displaced around the world and the need to resettle them is now greater than ever but statistics show resettlement numbers are actually on the decline.

Which is why the Inter-Cultural Association of Greater Victoria held an information session Saturday hoping to recruit private sponsors.

“We found that people are not coming anymore by themselves to us so we need to come to the people we need to do more outreach and explain why it is important,” said Sabine Leihr, a private sponsor manager with the Inter-Cultural Association of Greater Victoria.

The need is especially high for the blended visa office referred or BVOR program that helps the most vulnerable refugees.

“We have a family of five on the list that want to come to Victoria because they have a connection to Victoria and we cannot find a sponsor for them right now we have all the money together so we just need is people that will do the work on the ground,” said Leihr.

They’re looking for groups of people or community organizations to commit for a year and help with all aspects of resettlement.

Aviva Basman with the United Nations High Commissioner for Refugees Canada says that includes all different aspects of everyday life.

“By helping find schools for the children opening bank accounts finding apartments helping adults find work its all part of integration the way it would be for any new comer to Canada,” said Aviva.

With the unique BVOR program the sponsors only bear 50% of the financial responsibility with the government contributing the other half but timing is crucial and they need people to act now.

“That family will disappear from the list in ten days if we can’t find a sponsor so its really really urgent,” said Leihr.

Out of the 1500 spots available this year with the BVOR program there are still about 1200 left and if they aren’t matched by October 1st those spots will be lost.

“The thought of having these spots wasted is so painful just to think about it and I don’t need to put myself in their shoes because I was in their shoes and to continue to be displaced is an ongoing nightmare that can be changed just by putting yourself out there and wanting to sponsor,” said former refugee Mohammed Asaleh. 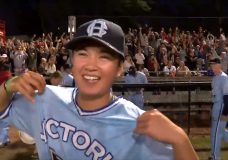 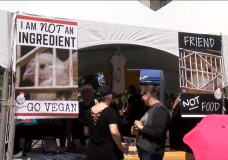 Vegtoria: Why some Islanders are making the switch to a vegan diet