Posted: Aug. 21, 2020 6:37PM
CHEK
WatchA wild, once-in-a-lifetime Tofino property, that's become like a member of the family for west coast residents, is up for sale. Tofino Botanical Gardens was dreamed up 26 years ago to celebrate the natural beauty of its nearly 10 acres.

George Patterson said he could only dream of exploring a wild natural garden as a boy when he was growing up in his apartment in New Jersey.

“And for me, the woods was this little patch of weeds out in front of the apartment building,” said the owner of Tofino Botanical Gardens.

“I used to when I was a little kid, play around in there,” he said.

According to the 76-year-old, he later moved from the U.S. to buy a then undeveloped 10-acre oceanfront spot in Tofino 26 years ago.

“Oh I was in tears It was just so beautiful,” said Patterson.

He turned the property into the Tofino Botanical Gardens, which showcases nature in a Secret Garden like setting.

“It’s as if it’s sprung out of the ground you know,” said Tofino resident Chris Mills.

The garden has local art, natural winding paths, tunnels, native species and memorial plaques to trees that have come down during storms.

The gardens welcomes 10,000 visitors each year.

“The local artists displays, all throughout the gardens, it’s just really, really beautiful,” she said.

“This is our backyard. It’s the best way to see a rainforest, and it’s just wonderful.”

But now Patterson has put the property up for sale, for $3.75 million, guest lodge, cafe and gardens included, pledging to retire by the lofty age of 80. 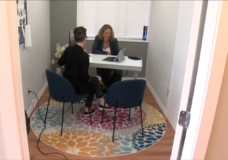 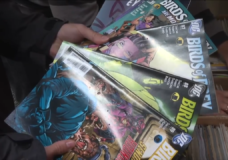