WARNING: This story contains details some readers may find distressing.

For more than a century, hundreds of Indigenous children across Canada were forcibly removed from their homes, and stripped of their culture and identity, put into residential schools. Survivors tell stories of all kinds of abuse, unchecked.

Others, never made it home.

“My mom had a brother who never came home and we’ve also heard that from other families as we were growing up,” said Elmer Frank, elected Chief counsellor of the Tla-o-qui-aht First Nation in Tofino, home to the last residential school to close down in British Columbia, the Christie Island Residential School.

The announcement from Kamloops last year of hundreds of unmarked graves found near their residential school was a shock that rippled through Canada, followed by shame and grief, then for other Indigenous leaders on Vancouver Island, more questions.

“What are we going to find here, are the rumors we grew up with really true?” asked Wahmeesh Ken Watts, elected Chief counsellor of Tseshaht First Nation in Port Alberni location of the Port Alberni Residential School which operated between 1900 and 1973.

For the past year since Tk’emlúps te Secwe̓pemc discovered their unmarked graves, First Nations leaders where the schools happen to be located on Vancouver Island have been struggling with a new responsibility of the schools they never asked for.

“We’ve been dealing with a lot of high emotions. And a focus on what the results will be with respect to how those bodies are going to be dealt with. Because I think we’re going to be facing the same thing,” said Tla-o-qui-aht Chief councillor Frank.

The Tla-o-qui-aht and Tseshaht First Nation are starting with survivors by hearing their stories. After that, they’re moving to ground penetrating radar.

Both are hoping to conduct the research this summer, and both First Nations are struggling with what to do from there.

“We’ve already re-opened wounds. To open the spirits of those who have left us is a big thing that in our culture, from my perspective is something we don’t usually do,” said Tseshaht Chief councillor Watts. “That’s a really deep cultural question to ask.”

Both say whether they dig up the unmarked graves, is up to their members and residential school survivors.

Not helping though, is a painful storyline that has emerged recently – residential denialism. People who are skeptical of the ground penetrating radar are demanding Indigenous communities exhume the bodies in the unmarked graves.

“I get very angry when people call on Indigenous communities to produce that kind of evidence,” said Eric Simons, a UBC archeaologist who has been working for years with ground-penetrating radar on Penelakut Island.

Following the announcement out of Kamloops, Penelakut First Nation announced they’d found more than 160 unmarked and undocumented graves found at the former Kuper Island Residential School known as the “Alcatraz of Canada”.

“The idea that Indigenous communities should unbury, exhume their dead children just to satisfy the evidentiary demands of other Canadians, I just can’t even wrap my head around it. It’s just so awful,” said Simons.

Watts believes those voices are the minority.

“I believe we are more supported now by the non-Indigenous community now than ever before. And to me, that’s really empowering because we probably need it more now than ever,” said Watts.

Archeological work has been ongoing on Penelakut Island since 2014, and Simons admits, is a slow process.

“We have to get it right, and we have to be very careful. The data collection through ground penetrating radar is actualy very slow it’s pushing a machine over ground back and forth, back and forth for days or weeks at a time. The process of interpreting the data is even slower,” said Simons.

“It’s very important we get it right. There are implications down the road, legal implications. This is data that will be used in other ways in the future. ”

As the Tseshaht, and Tla-o-qui aht First Nations just begin their ground-penetrating radar this summer, they’re beginning to understand the time this work will take.

“When I was growing up I was told that it’ll take five generations to overcome these residential schools,” said Frank. “It’s unfortunate that it’s looking like it’s going to be a little bit more than five generations.”

“There hasn’t been any kind of investigations to find answers for people and that’s problematic,” said Frank. “At this point, Canada is failing the system again by not looking more in-depth at how did these children die?”

The British Columbia government said in June 2021 it is providing $12 million to support First Nations with investigative work at former residential school sites.

Ottawa has pledged further support for the identification and investigation of burial grounds near former residential schools after allocating $27 million in 2019. 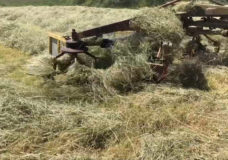 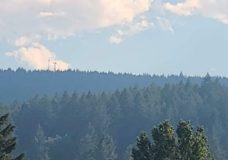