The Mountainaire Avian Rescue Centre (MARS) in Merville has had to euthanize about four dozen wild birds that were sick with avian flu.

Many first started showing up in the spring but most of the birds came into the centre during fall migration.

“It’s really upsetting to watch and see these animals suffer because of this flu,” said MARS animal rehabilitator Melissa Steinkey. “You can just tell that they’re in pain and they’re not right.”

Steinkey recently rescued a sick goose that was found along the Comox breakwater showing symptoms of avian flu.

“I actually did notice him seize once into the water, his head like lolled backwards and just started twitching,” she said.

The new strain H5N1 highly pathogenic avian influenza is a big concern because it can spread easily from wild birds to domestic flocks and then run rampant through places like poultry farms.

Over 866,000 birds have been affected at B.C. poultry farms this year, the second highest in Canada only to Alberta.

“Under normal circumstances when the migration starts going from north to south the bird flu seems to weaken but that doesn’t seem to be the case with this new variant,” stated MARS President Warren Warttig.

When birds with suspected avian flu are brought into MARS precautions are taken to protect the other sick and injured birds they care for.

They’ve had cases in eagles, swans and seagulls and more, large birds and small.

But what they’ve seen is most certainly the tip of the proverbial iceberg.

“That’s the scary part,” added Warttig. “You’ve got to wonder about all of the ones that are in more remote areas that don’t get found. I’m sure it’s hurting the bird population pretty hard.”

Some possible signs of the virus are neurological issues or a discharge from the nose, ears, vent, throat or mouth.

People should not touch a suspected sick bird with your bare hands.

Small-flock poultry owners in B.C. can get more information at a virtual information session tomorrow held by the Ministry of Agriculture and Food.

“As the cases of avian influenza continue to increase in British Columbia, the virtual session will focus on how owners can protect their flocks and how to prepare for if their birds become sick,” stated a press release Sunday.

The session is being led by B.C. government veterinary specialists. Attendees will learn about: 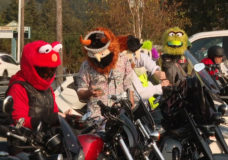 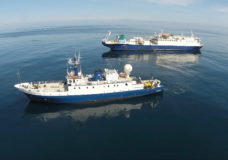