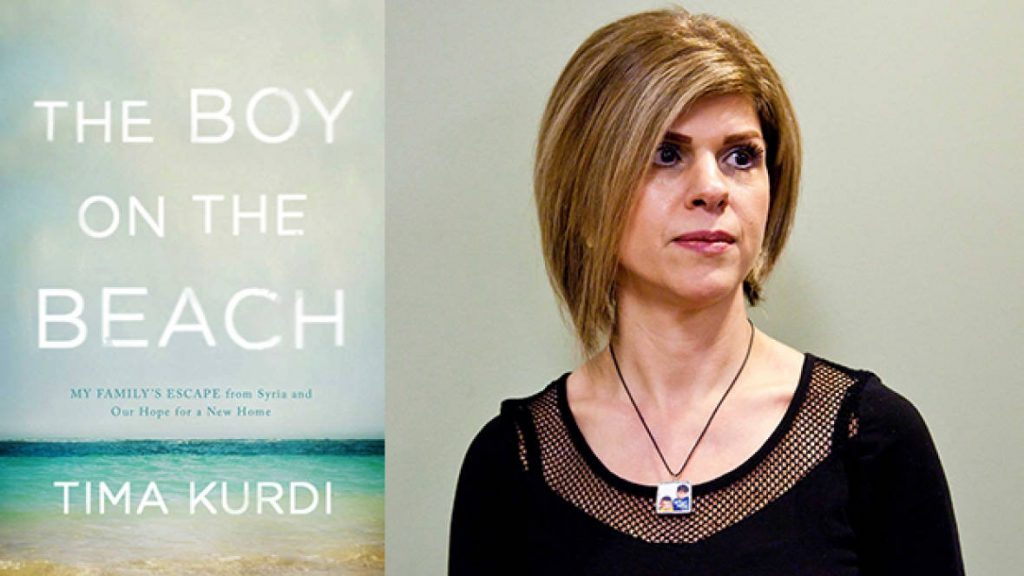 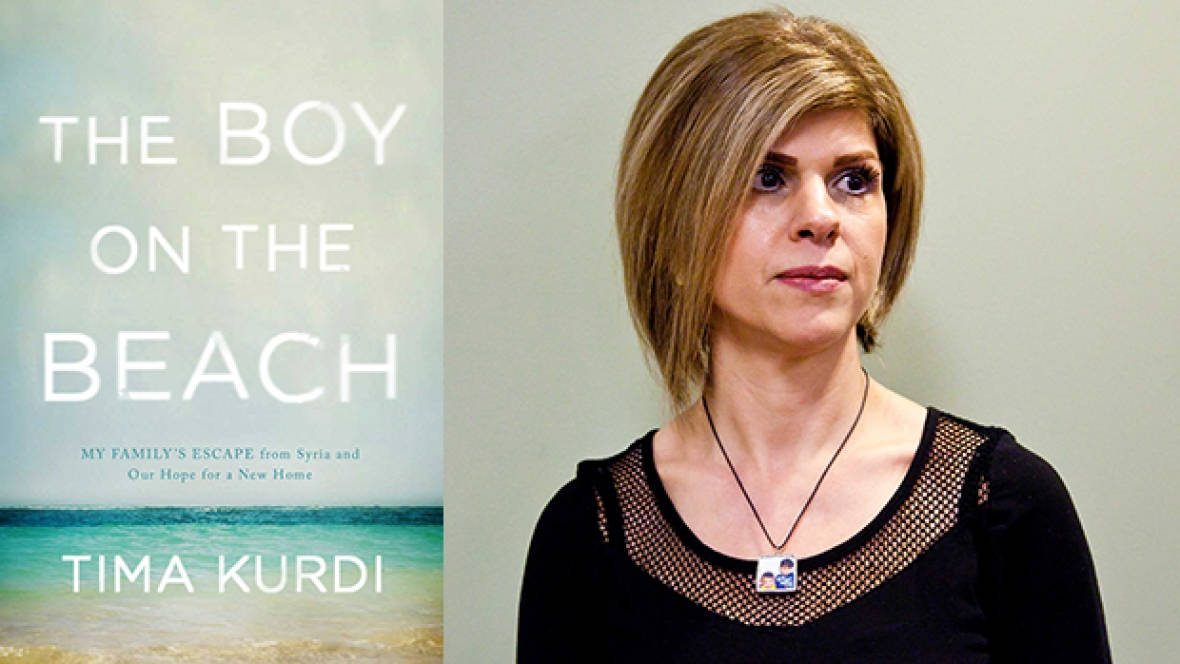 It was a photograph that drew gasps of horror and despair around the world.

Alan Kurdi, 3, his lifeless body lying prone on a sandy beach on the Mediterranean Sea, as if asleep.

Tuesday at 7 p.m., his aunt Tima Kurdi will speak at Bolen Books at Hillside Mall in Victoria about the tragic death of her nephew and the photograph that so devastatingly awakened the world to the crisis of those fleeing war in Syria.

“I swallow my pain, just to bring awareness… and hopefully peace,” she said. “The Boy on the Beach book is just to tell the world that our family, [is] like everybody else.”

Alan’s body washed up on a beach in Turkey on Sept. 2, 2015 after the raft  his family boarded flipped. It was designed for just eight people, but there were 12 on board.

Several people drowned, including Alan, his brother Galib and his mother Rehana.

Having fled from Syria, the family was trying to reach the Greek Island of Kos from Turkey.

“Two weeks later, my brother Abdullah — who lost his entire family — he said to me ‘The picture of my son is the wake-up call for the world.’

“I saw millions of people finally open up their eyes to the reality of what my people are going through.”

Tima, who was trying to sponsor her brother’s family to come to Canada, said she decided to write the book after what her brother went through and after seeing refugee camps with her own eyes.

“I want to keep my nephew, Alan Kurdi, to be a permanent reminder so we do not forget and we do not go silent, to help the others.”

Writing the book was difficult, and Tima said everything in front of her was still dark when she sat down to begin writing.

“You’re looking for one slight of hope,” she said. “When I pour my heart out and put the words in that book, it gave me so much healing.”

The book includes happy memories Kurdi has of growing up in Syria — things like family and neighbours gathering at her house on Friday nights for a night of “happiness, dance and lots of food.”

It’s something she wanted to include to show people living in other countries just how alike those living in refugee camps are to everyone else in the world.

“We are like everybody else, we are one family, no matter where we come from,” she said.

“Maybe we speak different languages, maybe we practice different religions, but at the end we are people.”

She hopes the book will help to start a conversation that can lead to peace to her country and all countries where people are living with conflict and violence.

“So we can give those suffering people who do not have a voice peace and hope for their future,” she said.

Tima Kurdi will be interviewed by Gregor Craigie at Bolen Books at the Hillside Mall in Victoria on Tuesday, May 1st at 7 p.m. It is free to attend. Books will be available for purchase. The event is a presentation of Bolen Books and Simon & Schuster Canada. 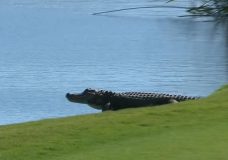 The CHEK Sports Plays of the Week-April 30 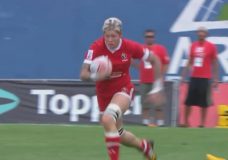