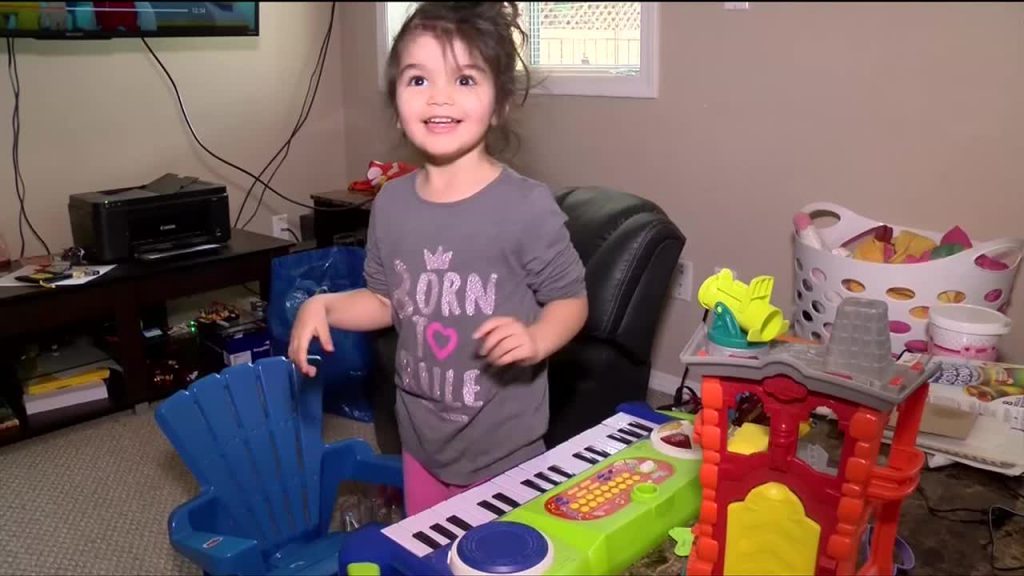 WATCH: A Nanaimo family is going through a very difficult time as they deal with a difficult diagnosis. Their three-year-old daughter has a tumour near her eye and it’s causing partial blindness. It’s led her parents to ask for help as they move to the lower mainland. Kendall Hanson reports.

When you see Ariel Seydel playing you wouldn’t know she’s blind in one eye with limited vision in the other.

She seems like a typical three-year-old but she has a concerning tumour near her brain.

“It terrifies me just the thought of it and makes me sad,” said Ariel’s mother Makaila Langley.

In mid-February worried about their daughter’s eyesight Ariel’s parents took her to the hospital.

Testing revealed a tumour behind her eyes, and days later she was off to the B.C. Children’s Hospital for surgery.

“But it was too dangerous where it was located to remove,” said Ariel’s father Shea Seydel. “It’s right by her pituitary gland. It’s intertwined with her optic nerves so right now we’re trying to shrink it to try and not cause as much pressure and hopefully once she’s grown a bit a little more they’ll be able to remove it with less risk.”

For the next four weeks, doctors will inject a medication to shrink the tumour.

Her parents say they wished they had picked up on their daughter’s symptoms sooner.

“It’s just really important to not overlook all those little things and just listen to your gut,” said Langley.

“Time is of the essence,” said Seydel. “Even one day can make an improvement on the life-altering symptoms that she’s experiencing.”

Ariels parents say it feels like they’re in a nightmare they can’t wake up from but they’re hopeful the treatment plan will work and what’s left of their daughter’s vision will be saved.

“It’s hard being a parent and standing by and not being able to take that tumour away and give her vision back because that’s all I wish I could do,” said Langley.

A Gofundme has been created to help cover unforeseen travel costs they face and to help them move to the mainland where they’ll be closer to Children’s hospital.

They say there are also better supports for partially blind there for their daughter to access in the future. 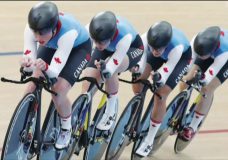 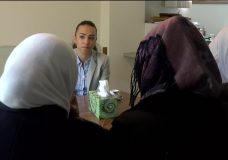 Local Syrian refugees react to US-led attacks, saying 'It does nothing to help Syrian people'