WATCH: Those who have felt this recent winter chill the most, were the region’s most vulnerable. It’s part of the reason why three regional mayors have united for the first time to try to end homelessness. Kori Sidaway reports.

With sub-zero temperatures, freezing wind, and pounding snowfall sweeping across Vancouver Island since Friday, the city’s most vulnerable were facing the wintry weather out on the front lines.

Victoria activated its Emergency Response Protocol in shelters across the region to help people stay indoors. Our Place opened up 72 extra mats for those in need.

But for the mayors of the region, the arctic chill further cemented that housing and homelessness remain the biggest issues across the peninsula.

“I think that clearly the region has been in a housing crisis and has been for some time,” said View Royal Mayor David Screech.

But now, the region’s mayors are aiming together to end the housing crisis and homelessness.

“For the first time in its history, the Greater Victoria coalition to end homelessness has regional representation from regional mayors and we’re really excited to celebrate that, ” said Victoria Mayor Lisa Helps.

Mayors representing North Saanich, View Royal and Victoria will all sit as directors on the board of the Coalition to End Homelessness, hoping to turn around what they say is a growing problem.

“There is no doubt that the West Shore has more work to do in terms of shelters and housing,” said Screech.

“There’s been a lot of housing built recently. But for the more marginalized I think we have more work to do.”

And each district says they’ll bring their own take on things.

“[Homelessness] is a little less prevalent out our way, it’s a little bit more hidden. But the issues still do exist,” said Mayor of North Saanich Geoff Orr.

As for the bottom line? All the mayors feel that the united front will be attractive for further financing.

“It makes it a very strong bid for funding and regional cooperation and collaboration, to make sure we get housing built in every region,” said Helps. 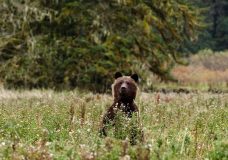 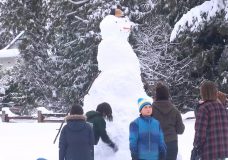