Marine mammal researchers have discovered that three southern resident killer whales in the J-pod are pregnant.

“Researchers who do aerial photogrammetry, Dr. John Durban and Dr. Holly Fearnbach have noticed that there are changes in the girth, down by the dorsal fin, which is a good indicator of pregnancy, especially late stages pregnancy,” said Dawn Noren, a research fishery biologist with the U.S. National Oceanic and Atmospheric Administration (NOAA).

Durban of SEA, Inc. and Fearnbach with the SeaLife Response, Rehabilitation and Research (SR3) flew a drone, noninvasively, at least 100 feet over the whales and noticed the changes in J36, J37 and J19.

“It gives us a sense of hope,” said Josh McInnes, a researcher with the University of British Columbia’s Marine Mammal Research Unit. “This population is trying to survive.”

There are currently only 74 of the endangered southern resident killer whales and there’s hope the new pregnancies could increase those numbers, but researchers say it’s cautious optimism.

Even before the calf is born, the odds are stacked against it. The resident whales face three main threats: Limited food supply, contaminants in their food and water and disturbances from vessel noise while they’re foraging.

“Because of where they forage, they come in the inland waters in the Puget Sound and also the Salish Sea of Washington and Canada. They’re surrounded by a lot of boats, private whale watching boats and shipping,” said Noren. “Their behaviour of trying to find food and eating food is actually affected by these disturbances. So they have lower fish numbers, potentially, and also the reduced capacity to capture them.”

Noren added it’s particularly concerning because pregnant orcas eat 25 per cent more. The last baby boom, she said, was in 2015 and 2016. Six whales were born but only two are still alive.

“I’ll be happy when I see that the calves are there because sometimes they’re stillborn,” Noren said. “Sometimes they die soon after birth.”

After the calves are born, the mother orcas nurse their young with the milk they produce. During this time, Noren said, the females need to eat one and a half to two times more than they normally do, and with that, is a high contaminant load that gets passed down to their calves.

“These contaminants… are actually dumped from the female to the calves in the milk,” said Noren, adding that research shows high contaminant loads are transferred really early on after birth. “Most of the transfer occurs within the first couple of months and that can lead to all kinds of health effects, especially in newborns.”

These three pregnant orcas, she noted, have had calves before, although not for several years.

The best way people can help out, Noren said, is to give the expecting mothers their space.

In Canada, all vessels are required to keep at least a 400-metre distance from all killer whales in southern B.C. coastal waters between Campbell River and just north of Ucluelet. This requirement is in effect until May 31, 2022. 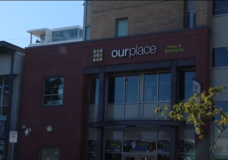 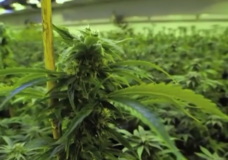