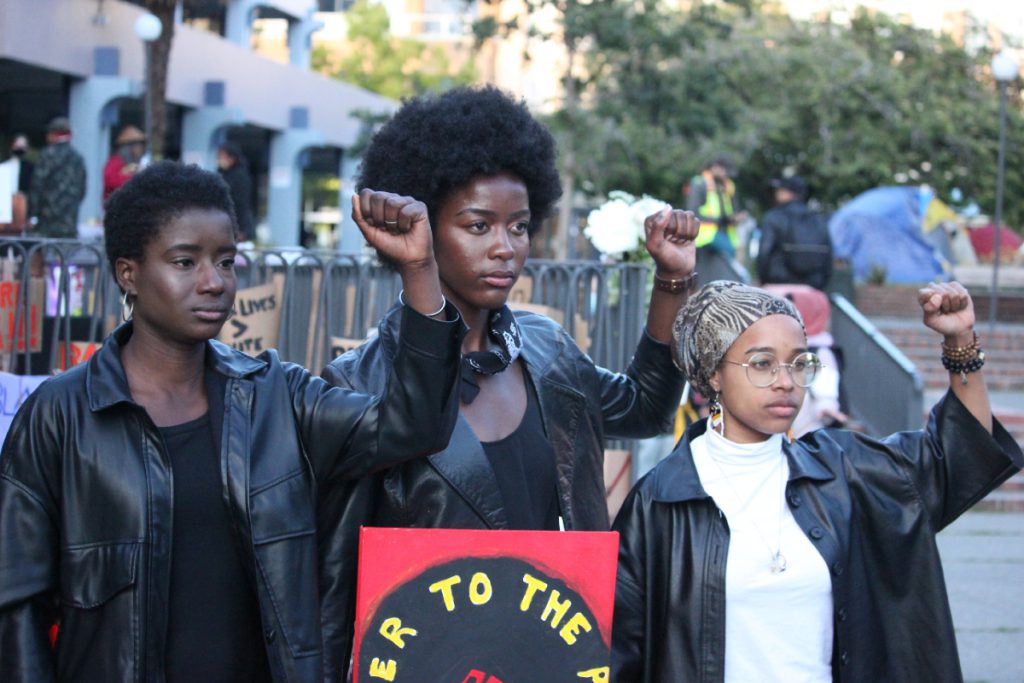 Nicholas Pescod/CHEK News
Organizers pose for a photo following the conclusion of a Black Lives Matter rally which drew thousands of people to Centennial Square in downtown Victoria on Sunday, June 7.

Thousands of people showed up at Centennial Square in downtown Victoria this evening for a Black Lives Matter rally and vigil.

The event kicked off late this afternoon with speeches from Indigenous leaders and community members, while a vigil honouring the loss of life will cp off the event, which is expected to end at 8 p.m.

Pamphinette Buisa, co-organizer, told CHEK News that it warms her heart to see so many people out supporting the Black Lives Matter movement.

“My whole heart is warm. It’s so beautiful to see that. We, black people, know that this is our struggle but the fact that we have allies along with us to come together and to make peace and solidarity the prime focus, it’s something that I can’t even put into words,” Buisa said.

An unbelievable turnout for the Black Lives Matter movement in Victoria at Centennial Square. Speakers are also talking about racism against Indigenous peoples. The energy is electric, but calm. Peaceful. Powerful. @CHEK_News pic.twitter.com/kqrO6ra4Tj

There have been other Black Lives Matter events have been held in Victoria and elsewhere on Vancouver Island over the past week, but today’s event was by far the biggest. Buisa explained that the rally is designed to bring people together so that they can listen.

“When we can listen, we can continue, we can have dialogue, and we can move forward, and that’s exactly what we can do today,” she said.

Asiyah Robinson, also an organizer of the event, said the goal of the event is to not only raise awareness about racism and to have people listen but to make sure the black community knows they have a voice.

Robinson explained that racism presents itself in many different forms and that organizers aren’t waiting around until something violent happens to speak up about it.

“If anyone feels racially discriminated [against], even if it’s just one person, then that’s enough to hold a conversation about it. And it’s more than that, it’s a history here and this conversation today, it’s not even just about racism against black people. We are black people standing for every marginalized community that has ever felt that racism and that’s also what this represents here today.”

“It’s just a reminder that in Canada, it might look different but there are microaggressions. I’ve been racially profiled, I’ve been discriminated against many different times coming in this space and I know a lot of people have as well,” Robinson added.

Speaking to CHEK at the end of the event, Robinson said she was moved by the number of people who attended, adding that she was pleased that everything worked out and was peaceful. She said future events are planned but details are still being worked out.

“We want to keep this going,” Robinson said.

More photos and videos of the event below.

Here at Victoria Centennial Square where the Peace Rally for Black Lives just kicked off. There are about a thousand people here already. @CHEK_News #YYJ pic.twitter.com/gfczVCgBTM

I managed to grab a bunch of photos at the end of the #BlackLivesMatter event in #Victoria.

This shot is easily my favourite. #YYJ pic.twitter.com/9ksWtQfiCP

The Centennial Square Parkade’s windows are lined with BLM supporters on every floor, including the roof, and more continue to pour in @CHEK_News pic.twitter.com/qdqHtvJ4rA 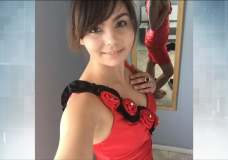 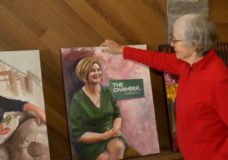