Artist Elfrida Schragen points to one of the nearly 40 portraits she has created of women leaders in her community.

“This is a portrait of Catherine Holt. She’s the CEO of the [Greater Victoria] Chamber of Commerce,” she said.

“These women have contributed a great deal to society. So I thought [painting them] would be a nice way to honour these women, and then, because I had worked with Our Place before, I thought, well, let’s see if we can raise money too.”

One of the portrait subjects is Victoria mayor Lisa Helps.

“I was honoured to be selected. She’s a very, very talented artist. It’s a very heartfelt project, and a good fundraiser for a good cause.”

Staff at Our Place Society were honoured that Schragen reached out to them with the fundraising idea.

“For Elfrida to come on board and say she wanted to do something positive, and celebrate amazing women in our community, and use this as a way of supporting Our Place?  It’s spectacular” says Steven Seltzer from Our Place Society.

Elfrida has worked with the street community shelter before, when she painted portraits of Our Place family members in 2007.

“I could feel that the subjects experienced a sense of joy that someone was listening to their story, and the stories were unique, and deeply moving. My whole sense of what the homeless world is was changed radically, and people became people.”

Which is why Schragen wanted to support Our Place Society once again.  And because this portrait series is honouring women, funds raised will support a women’s program at Next Steps, an initiative from Our Place to help the vulnerable in our community find work.

“Next Steps has been here since October of 2017, and we have had more than 100 clients,” says manager Ashley MacDonald. “We really pride ourselves on having no barrier to entry. We don’t care if you are on income assistance, if you haven’t worked in twenty years, it doesn’t matter.  Our population here is so diverse, but the one thing that all of these people share, is that they’ve been through some kind of trauma.  And for women, most of that trauma comes at the hands of men. So to ask them to do something as vulnerable as coming into a room with a bunch of men to talk about why you’re unemployed is a huge ask. And it’s an unfair ask.”

And so Next Steps staff created a separate support program for women, called Women in Progress.

“It’s a series of workshops” says MacDonald. “The goal is the same, to find employment, or meaningful volunteer work.  But the root to get there is more female centered.”

Schragen was especially pleased to learn where her fundraising efforts are targeted.  “I’m very excited that part of this money is going back to programs for women.”

And how is the fundraiser going?  “So far” says Seltzer, “we’ve been able to raise $30,000, with the goal of $40,000. We originally wanted to be able to show off the portraits at the Bay Centre, but now it’s more of a virtual event.  So people can go to Our Place Society dot com, check out all the portraits, and they can either buy one outright, or donate to one that they feel a connection to.”

“I think that it’s important that people understand” Schragen adds, “that when they put money towards a person, [through a donation on the website] it honours that person. And so, if they go to the link, it all goes straight to Our Place anyways, but it’s also an honour for the women.”

Donate to Admired: Portraits of Women Leaders in our Community until June 30. 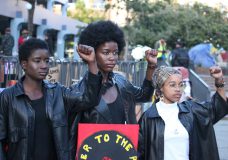 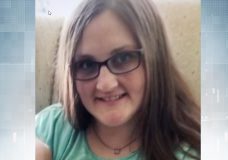