Marine Protected Areas, or MPAs, are regions of the ocean that are legally protected and managed, for long-term conservation of nature.

“This is a unique ecosystem, found 250-kilometers southwest of Vancouver Island, at over 2-kilometres of depth, down at the seafloor on the Juan de Fuca plate where there’s active seafloor spreading happening,” says Gartner.

“It essentially produces these underwater volcanoes that billow out super nutrient-rich water.

“What amazed biologists when they first discovered these, is that down at these deep, extreme environments with hot, nutrient-rich water, there are these ecosystems that are built up around these really extreme features of the ocean.  Very unique animals, quite diverse compared to the local deep sea.”

The second MPA was established in April of 2007.

“It’s a memorandum of understanding between the Canadian Government and the Council of the Haida Nation,” Gartner explains.

“It’s 180 kilometers from the west coast of Haida Gwaii.  There’s essentially three seamounts, or underwater mountains, that rise from 3,000 kilometers depth up to 24 meters, just below the surface.

“The ocean currents mix with the seamounts and produce nutrient-rich waters — very productive waters for the environment.”

And because of the huge variation in topography, from 3000 kilometres to 24 metres, there is a great diversity of life forms.

“The last MPA was established in February of 2017, and this was for the Hecate Strait and Queen Charlotte Sound glass sponge reefs” says Gartner.

These remarkable reefs are actually animals, made of silica, or glass.

“So these are animals — sponges — and they form [glass] reefs, similar to coral reefs down in the tropics.”

Incredibly, scientists believed that these glass reefs were extinct worldwide, until they were discovered off the Canadian coast in 1987.

“The four glass reefs in the MPA are slow growing, and are thought to be over 9,000 years old” explains Gartner.

In May of 2017, scientists established what’s called an “area of interest” on the off-shore pacific coast, based on unique sea features such as undersea mountains and hydro-thermal vents.  The region is now being studied, and could one day be classified as the largest marine Protected Area in Canada.

Gartner explains the museum’s important connection to these MPAs.

“The Royal B.C. Museum is the prime repository for biological collections that are made from these marine protected areas.

“We manage the data, as well as the physical specimens, and we use this information to support the current research and policy decisions. We’re also safeguarding these specimens for future generations. For future study” says Gartner.

“We’ve already got a glass sponge that’s being looked at by our research associate who’s an expert, and he believes it’s a new species that they only have one other example of, at a very different location, and with this extra specimen, he can now describe the species.” 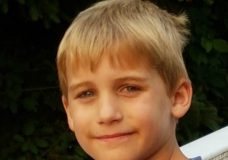 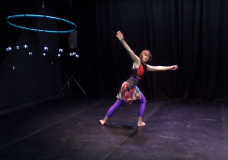 SoundCHEK: Victoria dancer Stacey Horton explores living with and recovering from a brain injury in her solo work 'Concussion'