The B.C. Archives safely stores records of value to the province, for both government and public researchers to access.

One fascinating collection is that of Yukon Joe, born Joseph Paul Prokopchuk in 1905.

Sally Butterfield is an archivist at the Royal B.C. Museum and Archives.

“He was born on a farmstead near Arran, Saskatchewan,” says Butterfield, “and as a young man he came to British Columbia, in the early 1920’s.  Probably around 1924.”

“He worked on the Kettle Valley Railroad in Trail, at a sawmill in Castlegar, and then in logging operations on Vancouver Island.

“Eventually he moved north, and spent time in Northern B.C., the Yukon territory, Alaska and the Northwest Territories, looking for gold.

“He led a very self-sufficient, and mostly solitary life, prospecting in the summer, and trapping in the winter.

“It seems like his closest companions were his dogs. They doubled as his closest friends, but also as his pack animals.”

A local store in Prince George kept his mail, but he also had a radio, and could be contacted on a particular frequency in case of emergency.

In the B.C. Archives collection is Yukon Joe’s diary, that he sewed himself.

“It’s a bit difficult to read,” says Butterfield, “but it really documents all of the different places he was moving around throughout his life.

“And it also talks about the various hardships he endured.  The weather was often freezing cold, he was low on supplies, low on food.”

The B.C. Archives also has a notebook, and one of Yukon Joe’s paintings .

“He often supplemented his income by painting,” says Butterfield.

“He was a pretty prolific painter.  He painted on canvas, but also on bottles and fungi, so it seems like anything that he could find was a suitable canvas for him.”

In the museum’s library collection are two books written about Yukon Joe by Edward Murray.

“[Murray] compiled these books based on his own interactions with Yukon Joe, as well as other stories from people who had met him.”

Butterfield describes the contents of the book, which is filled with amazing tales of survival.

“[Yukon Joe] got lost in the wilderness… he had no food, he was close to death, he hadn’t eaten for days, and a bear came along, and he shot it, smoked all the meat.”

And lived to tell about it.  Butterfield also describes a time when he was cold and homeless in Moosejaw, Saskatchewan.

“And a gentleman offered him his car to sleep in for the night, as long as Yukon Joe would guard the car.  Yukon Joe had no idea who this man was, and it turned out later that it was Al Capone!  In Moosejaw for business, I guess,” she added with a smile. 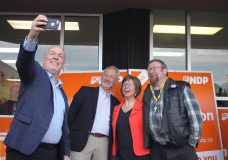 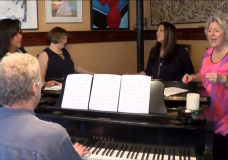 SoundCHEK: Local singers pay tribute to 'The Queen of Soul'