This Week in History: the Canadian Siberian Expeditionary Force

The B.C. Archives is currently digitizing thousands of pictures taken in Victoria in the early 1900s.

But one event not captured on film, was troops leaving Victoria for Russia at the end of the First World War.

Alina Ruiz is a Project Archivist at the Royal BC Museum, and has laid out dozens of photographs, taken in Victoria in the fall of 1918, of the Canadian Siberian Expeditionary Force.

The photographs are among thousands taken by Ernest Crocker, also known as Trio, a photographer in Victoria in the early 1900’s.

“He was best known for his photographs of military subjects,” says Ruiz.  “During the First World War, he had somewhat exclusive access to the military camps.  The photographs offer a really interesting perspective of camp life for soldiers. He also photographed essentially all the departures of troops leaving Victoria.”

Victoria was chosen as the main assembly point for a vast majority of soldiers that were drafted into this Expedition, because it was the most direct route to Vladivostok.

“The Russian Revolution,” says Ruiz “promised that Russia would pull out of the First World War, and this was very worrisome to the Allies, for two reasons.

“First of all, it meant that Germany could send soldiers that were previously fighting on the Eastern front, and redirect them to the Western front.  It also meant that territory that Russia had given to Germany in that treaty would allow Germany to have access to essential supplies like food and ammunitions, ports and railways.

“When the armistice was signed” Ruiz continues, “the Allies still wanted to send troops to Russia, so it became clear that they had other motives for doing so – ideological reasons. They did not want a communist government in Russia because that would show other socialist movements around the world that it was a possible form of government, and they did not want revolutions to spread out across the world.”

Ruiz explains that morale at the camp was very, very low.

“Soldiers were coming from Eastern Canada, arriving in Victoria, they had brought the flu with them, and some had died along the way.”

And the deadly flu was just one of many challenges.

“Out of 4,000 or so soldiers, over 1600 of them were conscripts.  They were quartered in these canvas tents, exposed to wind, humidity, the cold.  On top of that, the autumn was exceptionally wet, and that turned the entire camp into this sea of mud.  There were cases of soldiers trying to escape over the fence.  There were cases of soldiers talking back to officers.  At one point, when asked if they would sign papers that would state that they voluntarily agreed to this expedition, some of them refused to sign.  But that didn’t matter” says Ruiz, “they were still going to be sent away.”

Ruiz also brings up another factor for the growing dissension.  “In October, they had arrived to fight a war that they didn’t agree with from the beginning, and then when the Armistice was signed, they were told that they were still going to still be sent off, to Russia of all places, against their will.”

Ruiz explains that the Expedition was also doomed to fail “because Canadians, in general, were very unsupportive of the whole mission.  There’s definitely war-weariness, but they were also upset because the government was focusing its attention on an intervention in a war that really had nothing to do with them.  They had no interest, no cultural ties with Russia, and they felt that those efforts would be better invested in reintegrating veterans back into civilian life.”

It laid the grounds for mutiny on December 21, 1918, as the 259th Battalion prepared to leave Victoria.

“Crocker has an incredibly vast amount of pictures from this Siberian Expedition that was mobilized in Victoria” but, Ruiz points out, there are none of this departure.

“There is no record of the 259th Battalion leaving.  There’s no pictures from that event” says Ruiz. “The military censors forbade anyone to talk about what had happened that day.”

Ruiz describes the long march from the camp, located near Willows Beach in Oak Bay, to the ships awaiting departure on the other side of Victoria.

“On the way, they stopped for 10 minutes (it was a long march) and during this pause, when they were asked to fall back into line, the two companies of Francophone soldiers simply said that they would not go any further.  The officers of that battalion actually ordered the people around them to whip them back in line, quite literally, with their belts, and they continued along the street.”

A Guard of Honour then arrived on the scene, took the soldiers rifles and their bayonets, and pointed the hardware at them to force them to march to the port.

The ships left for Vladivostok at the end of December.

“Before they had even arrived in Russia, the Canadian government was already in talks to send them back, because they had seen just how much Canadians disapproved of the whole campaign,” says Ruiz.

Canadian Siberian Expeditionary Force troops began leaving Russia in April.  All were back in Canada by the end of June 1919. 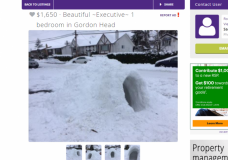 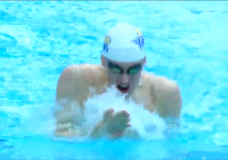