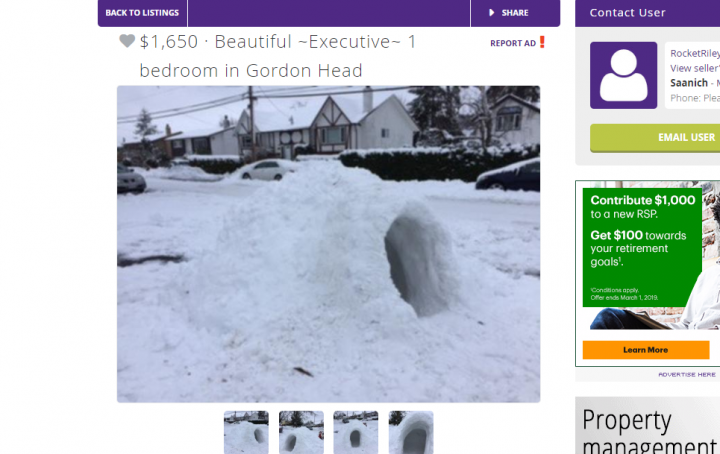 An Igloo listed for rent on Used Victoria

After a week of unusual snow for places on the Island like Victoria, some took to the classifieds.

Igloos started turning up on sites like Used Victoria and Craigslist to rent, going for anywhere from $500 up to 1,650$ — not too bad for an almost bachelor type suite.

Features like being eco-friendly, perfect for a student and suitable for low earners were touted by sellers.

The jokes highlight a serious issue many in Victoria and beyond face with housing affordability.

Earlier this month a new survey on housing affordability found Victoria, Nanaimo and the Comox Valley rank among the least affordable markets in the world.

In December Victoria’s vacancy rate officially hit 1.2 per cent but experts, like those from the Canada Housing and Market Corporaton, say most of the new stock in the market are at the higher end.

Unlike these tempory homes that are expected to melt away, the housing crisis for many British Columbians is expected to stick around. 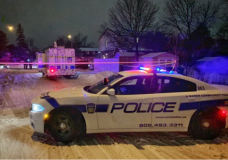 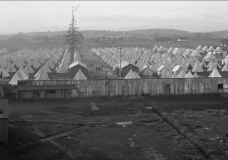 This Week in History: the Canadian Siberian Expeditionary Force