This Week in History: The 1911 Agricultural Survey of northern B.C.

Between May and August of 1911, the province hired two students from the Ontario Agricultural College to survey northern BC, between Hazelton and Prince George.

The detailed report and other records of their survey are safely preserved at the BC Archives.

Royal BC Museum archivist Katy Hughes explains that their journey began Vancouver, when they boarded the Prince Rupert steamer, sailed to Prince Rupert then headed inland.

“It’s where the government was going to be laying the Grand Truck Pacific Railway and they wanted to know who was farming what, and then how those goods would be transported to Victoria, Vancouver, and other parts. They were in their early 20s. They were college students. One of them was from New Westminster, one was from Ontario.

The young men carried letters of introduction with them.

“They went on horseback” explains Hughes.

“And camped, and on foot, and made their way through tracks and trails, through that area, interviewing farmers, handing out seed. The government was very interested if sugarbeet would grow in the north, so they were handing out sugarbeet seed,” added Hughes. “They recorded the weather, one of them kept a diary, which we have. They also made these fantastic sheets showing the different crops that the different settlers were doing, and who they were, and where they were located.”

The young men created a photo album of their work, and their travels that summer.

“The records are really wonderful,” says Hughes. “Sadly I don’t know quite how we got them, but I suspect that Mr. White, who kept the records, donated them to the Archives sometime in the 1940s.”

Regardless of how they arrived there, the records are a fascinating memoir for the BC Archives 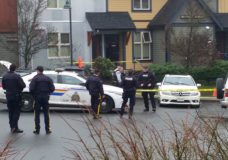 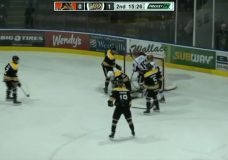