March 6, 2021 updated
CHEK
WatchAs the invertebrate collection manager at the Royal BC Museum, Heidi Gartner's job is to study the biodiversity of the coast, particularly animals without backbones.

Heidi Gartner has a fascinating job.

As the invertebrate collection manager at the Royal BC Museum, her job is to study the biodiversity of the coast, particularly animals without backbones.

“You don’t have to go very far from home to do those studies,” says Gartner. “I like to come and study what’s called ‘fouling communities’ in areas where there are man-made structures.”

Fouling communities are made up of animals that grow on any sort of artificial structure, such as boat hulls, motors and fenders, docks, pilings, and wharfs.

“They can have really negative effects on the aquaculture industry,” Gartner explains. “They cost millions of dollars on the east coast by increasing handling times, having lost stocks, all sorts of aspects like that. They don’t seem to be having the same sort of devastating effects, but they’ve now spread all across our province.”

Although they were first detected in the Salish Sea in the early 2000s, Gartner went through the museum’s collection and found evidence from samples collected in 1995 from Fisherman’s Wharf that show they may have arrived much sooner than first thought.

Learn more about it in this episode of This Week in History with Veronica Cooper.

This Week in History is sponsored by the Royal BC Museum 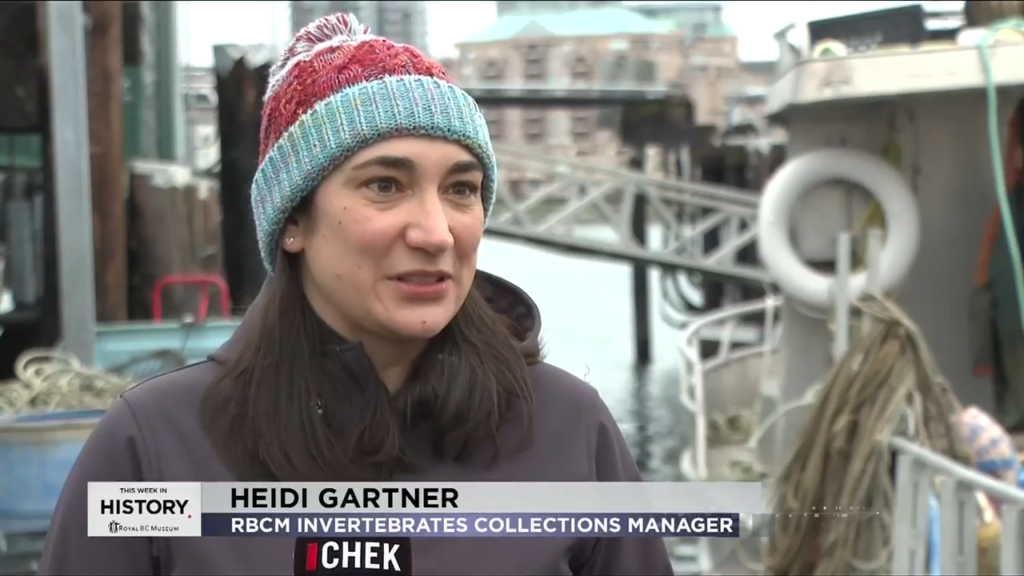 As the invertebrate collection manager at the Royal BC Museum, Heidi Gartner’s job is to study the biodiversity of the coast, particularly animals without backbones. 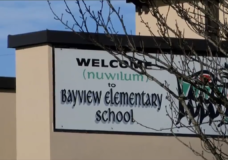 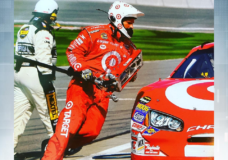