This Week in History: Hydrozoans are tiny, fascinating marine animals

A bio-indicator is any species whose population can be used to assess the state of health of the environment.

And that includes hydrozoans, small marine animals being studied by a scientist at the Royal B.C. Museum.

Henry Choong is the curator of invertebrate zoology at RBCM.

He explains that hydrozoans are a very diverse group of cnidarians, and are related to corals and jellyfish.

One fascinating trait of these animals is that they can show a two-stage lifecycle, and look completely different in each cycle.

Within this life cycle, a reversal can occur in some species.

“In other words, it can transform from a medusa, back into a polyp. That’s called reverse differentiation, and that process, in some hydrozoans, can theoretically, go on indefinitely” says Choong.

Which potentially makes the hydrozoan immortal.

Hydrozoans eat other invertebrates such as tiny crustaceans, and in turn are eaten by fish and other animals.

But because at various stages of its life, the animal looks very different, hydrozoans have been mistakenly classified under two different systems.

Just one reason why studying them is important.

“Additionally,” says Choong, “hydrozoans are pretty good indicators of what is happening in an environment.

“Many hydrozoans are colonial, meaning that the polyps are inter-connected as a colony, as opposed to being an individual animal. And these colonies, their growth, will respond to factors of temperature, food availability and so on, and so they’re an indicator of the health of the environment.”

You can find these animals in tide pools, on rocks or barnacles, or at a marina, on docks, or ropes. Which, as Choong explains, can be a problem.

“Big colonies of hydrozoans can clog pipes and engines and so on.”

At least 28 hydrozoan species arrived alive, on debris from the 2011 Japanese tsunami.

“Whether they’re invasive or not has not yet been established. It’s too soon to tell. In other words, we haven’t seen any evidence of establishment.”

But it’s yet another reason why scientists continue to study this marine animal. 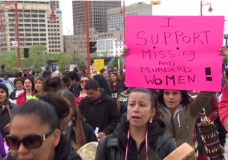 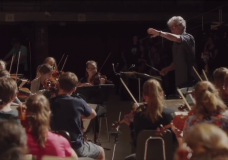