This Week in History: Early Years of Liquor Control in BC

Watch: Nearly 100 years ago, the provincial government voted to end prohibition, and control the sale of liquor across B.C.. A collection at the B.C. Archives illustrates the various challenges the province dealt with when liquor consumption became legal.

In 1920, three years after prohibition was introduced into B.C., some were frustrated by the laws against drinking alcohol, and ready for change.

Frederike Verspoor, a Royal B.C. Museum Archivist, explains that there was also a post-war depression “and the government was in debt, and they took a look at how much money they made selling liquor, and thought… ‘hmmmm, if we controlled the sale of liquor, we could probably make a lot more money’.”

A provincial referendum was held, and on June 15, 1921, the government took over control of liquor distribution — and promptly closed bars across the province.

“So there was no public drinking of alcoho,l” says Verspoor.  “All you could do was go to a liquor store. They set up liquor stores around the province, where you could buy sealed bottles of liquor.”

There was a backlash from the public, particularly among the veterans, who decided to create their own ‘private clubs’ where members could come for a drink.

“And actually,” says Verspoor, “the courts agreed with [the veterans], and the government responded by doing two things.”

The first was licensing the clubs, and the second was having communities vote on whether to allow a private ‘beer parlour’ in their region.

If the vote passed, and the community was allowed a beer palour, Verspoor explains that there were strict rules.

“No food, no music or entertainment.  Men only could serve.”

And so hotels, where most of these beer parlours were located, had separate entrances and sections. One for men, and a second entrance for women with escorts.

“There was a concern that women in bars would be ‘not-respectable’ women,” says Verspoor with a smile.  “There wasn’t a prohibition against women, but there was a strong moral sentiment against it.”

In 1952, the sale of alcohol by the glass was allowed. In 1962, the first self-service store opened in Burnaby.

In 1988, private liquor stores were then introduced. 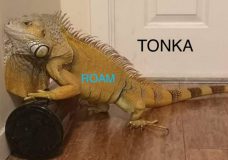 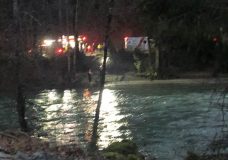 Two boaters safe after going into Cowichan River in Duncan