‘They do need to leave’: Deadline day for Victoria homeless camps on Pandora, Topaz

Posted: May 20, 2020 5:56PM
CHEK
WatchWednesday was deadline day for two homeless camps in Victoria and the province said it expected everyone to be gone by end of day. April Lawrence reports.

Wednesday was deadline day for two homeless encampments on Pandora Avenue and in Topaz Park in Victoria yet roughly 30 campers remained by afternoon.

In a press conference, Wednesday morning, Social Development and Poverty Reduction Minister Shane Simpson said he expected everyone to be gone by the end of the day but admitted that may not be possible.

“There is a possibility it could flow into tomorrow, but every expectation is we will complete the moves today as they’re ongoing, people are packing up as we speak and moving,” Simpson said.

Simpson said they’ve managed to move 308 people from Pandora and Topaz into temporary housing over the past month and another 30 were going to be moved by end of day. But he said there were about 30 new people who had moved to the camps after the initial count was done and there wasn’t yet housing available for them.

“What we’re doing with those people is we’re providing them information about resources that are available and continuing to connect them with outreach workers and the housing registry but we are telling them they do need to leave the site and our expectation is that that will occur,” Simpson said.

Neighbours who have lived near the two camps said they were hoping it would already be gone.

“I just definitely feel let down as well, quite a bit,” said Pandora Avenue area resident Danica Jeffery.  “I just sincerely hope they make a strong concerted effort to find these people another place successfully and we can get back to normal around here and enjoy our residences and community,” she said.

Some campers have been pushed out to other parks like Beacon Hill and those who work with the homeless community say that brings its own concerns.

“I think we need to find other properties that could become permanent housing, we also have to expand our outreach services outside to maintain health and social services for people who are waiting for spaces,” she said.

Once every camper is gone from the two sites it will be up to the City of Victoria to remediate the properties and reopen them. 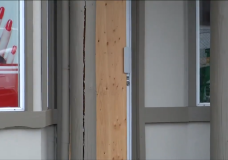 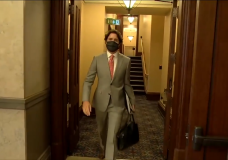