April 21, 2020 updated
CHEK
WatchVictoria police say crime has jumped in the area of Topaz Park since a temporary homeless camp was set up a month ago. And a doctor who has worked at the site says it's at risk of a COVID-19 outbreak. April Lawrence reports.

“We’ve got people that are peering inside people’s homes, people that have lost anything that isn’t bolted down or locked away has gone missing or been stolen,” he said.

Early Saturday morning Manak says officers were called after a man at the park pulled a handgun during a dispute.

Rabbi Meir Kaplan, with Chabad Centre of Vancouver Island, says his neighbourhood is living in fear.

But crime isn’t the only concern being voiced about the camp, which is at capacity with 200 tents

A doctor who has been helping out there says he has serious concerns about the potential spread of COVID-19.

“I worry that we have set up the conditions for an outbreak here at this camp, and we’re not ready for it yet,” said Dr. Ami Brosseau.

Brosseau says there still isn’t adequate medical services on site and outreach nurses have voiced concerns about their own safety.

“I think we need to seek assistance from an outside agency either Doctors Without Borders or Red Cross, agencies that have experience in managing camps like this,” he said.

VicPD is asking for more officers to help patrol the area and neighbours say it’s time to find indoor locations and shut the camp down.

“I want to see an immediate exit plan, we want to have a date for when this tent city will be dismantled,” said Kaplan.

Victoria Mayor Lisa Helps says she is also concerned and is pushing the province to move more people inside.

So far 195 motel rooms in the city have been secured but BC Housing says it is actively working to find more indoor locations to move people into. 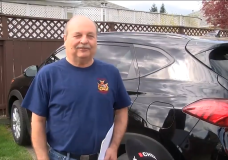 Duncan man survived COVID-19 but now can't get his car back from U.S. 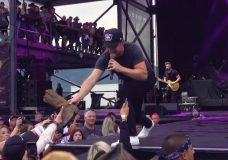 Island music festivals on hold due to COVID-19