‘They couldn’t get help’: Parksville man dies waiting on 911, on hold for 30 minutes

The family of a Parksville man who died waiting on hold after calling 911 is pleading for changes in hopes of saving someone else’s life.

On Aug. 27, Chuck Blakey was just days away from seeing his son get married when he collapsed on his Parksville kitchen floor as family members called 911.

“They were met with an operator initially who then put them on hold, and then they were listening to a loop of an automated message over and over again,” said Chuck’s daughter Barbara Blakey.

Family members of the 72-year-old terminally ill cancer patient were cradling him in their arms and attempting CPR while waiting on hold for 31 minutes before an ambulance arrived.

“They couldn’t get help and they were left to deal with this situation alone,” said Barbara.

The ambulance came too late to save Chuck, a retired RCMP officer, and he died 15 minutes into the 911 call.

“That’s devastating to us,” said Troy Clifford, union president of the Ambulance Paramedics of BC and Emergency Dispatchers of BC.

According to Clifford, Chuck’s tragedy is what emergency workers have been warning about as 911 call volumes grow 6 per cent every year — and are now compounded by the opiate crisis and COVID-19.

“We need more emergency dispatchers and call-takers so that when you ask for an ambulance in your time of emergency you need to make sure you’re not put on hold or half to wait,” said Clifford. “That is sometimes people’s only experience needing emergency help and when they’re put on hold, can you imagine that?”

“I just wouldn’t want any other family to be in this situation,” said Barbara. “And the government needs to do something about it.”

In July, the province announced 30 new full-time dispatchers and 85 new full-time paramedics would be hired, but the union representing those groups say they need more.

“Because we’re not meeting the demands,” said Clifford.

Blakey’s family has filed a complaint surrounding his 911 call and death with the Patient Care Quality office.

The Blakeys tell CHEK News they hope their dad, who strived in his life as a Mountie to help others, will now save someone through the story of his death. 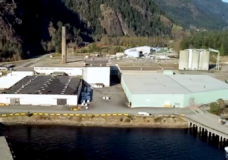 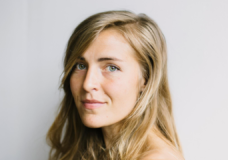 B.C. singer-songwriter Hannah Epperson thrilled to be back on stage