A Vancouver Island company with major U.S. investors has ambitious plans to build a land-based fish farm in Gold River.

The hatchery would be built on the former site of a sawmill on the Village’s waterfront and eventually include a processing plant next to it.

A secondary processing plant would then be built farther north in the village as capacity is increased to 10,000 tons.

“There are many buildings and infrastructure on the property that are perfect for our use and there’s a saltwater aquifer here allowing us to draw salt and freshwater from the aquifer,” added Walker. “We’re also looking at the potential for desalination just to make sure we have enough water supply.”

The company says it will utilize a proven Recirculatory Aquaculture System (RAS) technology developed in B.C. that utilizes 50 per cent less energy than conventional land-based projects.

It would also use alternative feeds such as Cyanomega, a Microalga supplement high in Omega-3 and cultivate Sea Lettuce utilizing the fish farm wastewater for nutrients required by the plants.

Walker says the technology is already used successfully in China and that it is economically viable.

The Steelhead would be grown in 18-month cycles and delivered mainly to U.S. markets.

The group’s U.S. investors are ready to spend $100 million dollars over several years. The initial build would cost roughly $30 million.

The Mayor of Gold River says the benefits of a project this big are huge to his community, citing an increased tax base and jobs that could number close to 100.

“Council supported it, we’re out advocating for it,” said Brad Unger. “We’re talking to ministry people on the provincial side and the federal side, just trying to get this project off the ground.”

And that’s where things still stand.

Along with the property owner, Gold River Aquafarms applied for provincial water and wastewater licenses on Feb. 2 but there has been no response.

“It was licensed many years ago, about 15 years ago for a land-based aquaculture facility, so it really should be a tick the box, rubber-stamp affair,” said Walker. “It has all the environmental approvals.”

The Department of Fisheries and Oceans must still grant an aquaculture license as well and the company says investors could walk away if it’s not all approved soon.

Both the company and Mayor Unger say this would be unfortunate and counter-productive considering the DFO recently closed open-net fish farms in the Discovery Islands.

On Wednesday afternoon the Ministry of Forests and Lands notified CHEK News that the application was recently assigned to a water officer for review.

“Water licence applications are prioritized for review based on safety, environment, the economy, and the length of time they have been in the queue,” the statement said, adding. “New water licence applications are typically assigned to a water officer within 12 months after receipt, but the timeline can be longer or shorter depending on prioritization factors. In recognition of the economic opportunity presented by West Coast Marine Terminals Ltd’s application, (the landowner) the application was recently assigned to a water officer.” 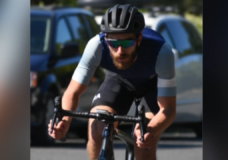 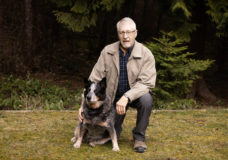 'They couldn't get help': Parksville man dies waiting on 911, on hold for 30 minutes