On a day of death and destruction in Kabul as explosions erupted outside the city’s airport, and Canada’s effort to airlift those fleeing Taliban rule out of Afghanistan ends — for many, desperation is setting in.

“Every day their fear is increasing. Every day they are scared for their lives,” said Nargis Kiewiet who lives on Vancouver Island, but has a family now trapped in Afghanistan.

Kiewiet says her family all has Canadian visas but couldn’t make it safely through the Taliban gauntlet to get to the airport before Canada abruptly ended its airlift mission out of Afghanistan today.

She’s not alone. Others with family on the ground say hopelessness is growing.

“Imagine giving your child to a stranger and saying please save them,” said Khladiha Nasiri, whose parents came to Canada as refugees 30 years ago to escape Taliban rule.

It remains unclear how many Canadian citizens and those with visas didn’t make it out of Afghanistan.

“Everyone was taken by surprise, even the Canadian government. The Taliban have closed all borders. There are no flights, so there is confusion is there. There is a way, but it’s going to take time,” said Laheeb Akbarzad, an immigration lawyer with the Canadian Afghan Lawyers Association

Many say there is no time. There are reports of the Taliban going door to door looking for people with connections to the previous Afghan government.

“They have a list of the people that had high-ranking positions with the government,” said Kiewiet.

Many fear for retribution at the hands of the Taliban, like a former interpreter for the Canadian troops, who wished to remain anonymous for his own safety.

“All I can think about is my family, how I can get them out of this country,” he told CHEK News.

The Taliban has made it clear publicly they don’t want Afghans to leave Afghanistan, leaving many feeling trapped.

“People are talking about committing suicide because they are like I’d rather do that than live a life forcefully under the Taliban,” said Nasiri.

“Canadians should care, and Canada has a responsibility to do more.”

For now, the world watches and wonders, what’s next for Afghanistan and its people.

“That’s our only option right now, is hope,” said Kiewiet. 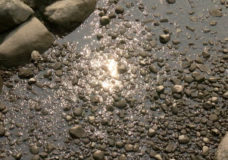 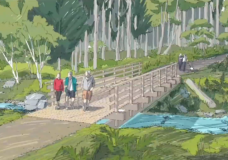