A light rainfall on parts of Vancouver Island Thursday was a welcome sight for the drought-stricken region, but meteorologists say it’s nowhere close to how much we really need.

“It’s a drop in an otherwise quite empty bucket having only seen 62 per cent of normal precipitation since March,” said Castellan.”We’re many tens of millimetres, almost 100mm behind if you think back to the deficit back into March.”

“It’s a substantial amount so obviously we’re going to have the big storms come through but it’ll take another couple weeks if not more before we really get into that swing,” he said.

The situation has become so dire in the Cowichan Valley it’s had to create a new level of water restrictions, Stage 4, for more than 100 rural homes facing the possibility of a lack of drinking water and fire suppression capacity.

“We’re really just asking those residents to restrict their water use to essentially food preparation, hygiene and any health and safety needs they might have,” said Cowichan Valley Regional District (CVRD) Communications Manager Kris Schumacher.

With no rain in the forecast for the foreseeable future, Schumacher says the heightened restrictions may have to be applied to more areas in the weeks ahead.

“It’s kind of unfortunately the new normal for the Cowichan region in this time of year when we haven’t had rain in such a long time we’re getting used to implementing emergency drastic measures to conserve this resource,” Schumacher said.

While rain and cooler weather has reduced the fire danger rating on some parts of the island to moderate or low, it remains high or even extreme for most of the east side.

“We really need the rain to reduce the moisture content in fuels that are out there and available to burn that’s what we really need, and trace amounts aren’t really helping they’re almost confusing the issue a little bit for the public,” said Pete Laing, prevention specialist with the Coastal Fire Centre.

While temperatures on the island have dropped back down to seasonal, there is currently no significant rainfall in the forecast. 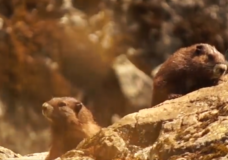 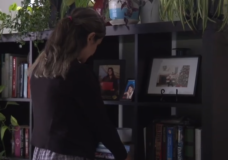