Then and Now: Go back in time with these photo comparisons of Victoria over the past century 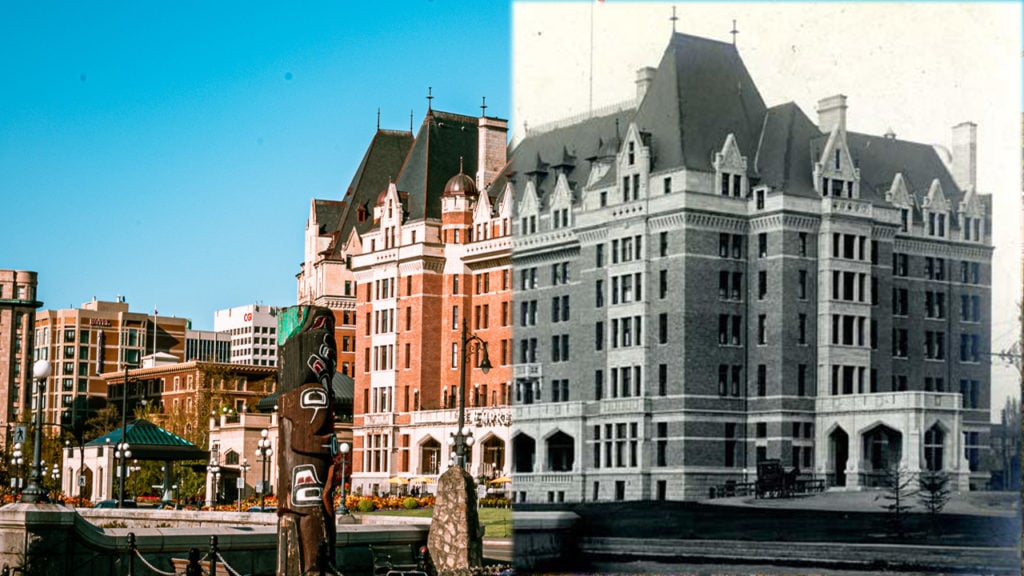 Two words that can be considered cliche or generic, but can also be quite “on-the-nose.”

Just take yourself back to February 2020, barely over one year ago. Could you have imagined the COVID-19 pandemic lifestyle that currently impedes our daily routines?

It is safe to say that things have changed. This simple and precise statement can apply to most things, whether it be humans, philosophies, technology and — if you didn’t pick up on the headline — cities.

The City of Victoria, founded in 1862, has significantly evolved over the course of nearly two centuries. We’ve seen advancements in architecture, city planning, urban development and technology as the population of Greater Victoria has sprouted to over 360,000 by 2021.

While life in British Columbia’s capital city is constantly moving forward, it is easy to forget how things used to be.

So, if you’ve ever wanted to go back in time to discover what some of Victoria’s landmarks and cityscapes looked like years ago, you’re in luck.

Here we journey back in time to reveal historic images from around Victoria since the turn of the century to find out what’s changed and what hasn’t.

All historical photos used in this piece belong to the City of Victoria’s Archives. All modern-day photos were captured by CHEK’s Graham Cox.

One of the most iconic views of Victoria has had a similar feel to it since the early 1900s, with the Legislature acting as a centrepiece for the evolving Inner Harbour. Although some things have stayed the same, residents can now enjoy landscaping and a floral arrangement that says ‘Welcome to Victoria’ as opposed to stadium-style seating.

While the retaining wall that lines the Inner Harbour has been in place for the majority of the century, the community couldn’t always get down to water level in order to talk a stroll or get picked up but a water taxi.

If you needed proof that things have gotten busier in the city, just count the boats.

Willie’s Bakery, established in 1887, was the oldest in British Columbia before closing its door back in 2018. Despite the business closing, the building and the paint job still remain intact. The building next to where Willie’s was located didn’t have the same fate and seems to have lost its upper half. Also nice to see that Johnson Street still had string lights back in the day, which has now moved into Waddington Alley — a road paved at the turn of the century with creosoted wooden bricks, made of old-growth Douglas Fir.

The square that Victoria residents have come to know for its beautiful flowers, bustling patios, pop-up markets and city art displays used to be nothing more than a street and a parking lot.

Ground-breaking news: Save-On-Foods was not around at the turn of the century and it didn’t have its name attached to a 7,400 seat stadium in Victoria.

While it was fun to roam around downtown to compare the changes, this photographer also needed to go explore some of the coastal neighbourhoods to see the suburban growth, development and, in particular, the landscaping and greenery. No longer is McNeill Bay just a barren ridge of rocks.

Unlike a city like Vancouver, which tore down old buildings to make way for modern architecture, Victoria has utilized the same structures and outer shells. Looking down a well-known downtown street like Yates St. today, you can see a lot of similarities to the early 1900s.

And while buildings have remained the same, the paint-jobs, the tenants and the painted advertisements for Coca-Cola have changed.

Much like the Legislature, the Fairmont Empress has been a staple of the Victoria skyline and, although it has expanded over the years, the iconic building — designed by Francis Rattenbury — has remained stunningly beautiful since 1904.

Imagine a time when there wasn’t a Bay Centre or buses lining Douglas Street. Also, I think we need more of those massive neon billboards.

The mishmash of traffic lights at the convoluted intersection of Hillside and Douglas used to be just a simple, straightforward roundabout.

Like any growing metropolitan, a city hall is required and the rest can follow. The City Hall in Victoria has sat at 1 Centennial Square even before the streets were paved.

To no one’s surprise, the trees have gotten taller over the years.

At first, there was nothing. Then, there was a village at the corner of Cook Street and Pendergast Street.

It wasn’t that long ago that the Breakwater District got its most recent facelift, however, my guess is most people can’t remember the coastline without any homes.

While at one point was part of the city’s gambling district, Fan Tan Alley — the narrowest street in Canada — has been a longtime hub for locals and tourists to shop.

And yes, the Tourism Centre in the Inner Harbour that we know today, used to be an Esso. 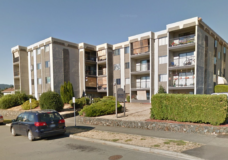 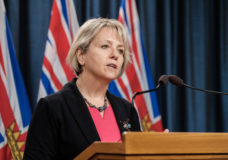