June 11, 2019 updated
CHEK
While being applauded by environmentalists, some Island businesses say they’ll be the ones feeling the greatest impact of Ottawa's announcement to phase out single-use plastics by 2021.

On Monday, Victoria Mayor Lisa Helps is encouraged by the news that single-use plastics will be banned across the country, an initiative already in place in the city.

“I think this is the most significant environmental decision that’s been made in a decade at least,” says Helps.

But for some small businesses like bubble tea shops, single-use plastics are their main gig.

“I’m worried because we serve a lot of people,” says Andrew Wall, owner of The Bubble Tea Place along Fisgard Street.

“It’s not feasible. The whole business plan goes out the window.”

Wall says 95 per cent of his business in Victoria’s Chinatown revolves around single-use plastics.

“I don’t like government using such a big hammer and banning something. I think education is the way to go. I think encouraging people in a positive way rather than a negative way.”

But other shops are adapting.

“We encourage our employees not to give straws until they ask for it.”

In order to succeed as a business, bubble tea shops will either have to swallow the cost, or raise prices for customers.

But he says it’s worth it.

“It’s something we can handle,” says Tran.

The complete list of banned single-use plastics isn’t complete yet.

The federal government is promising to consult experts when deciding which products will be outlawed. 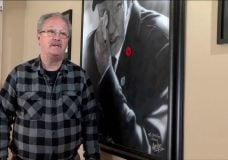 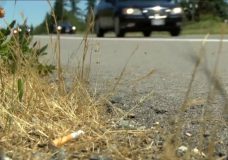