WATCH: The biggest cruise ship to ever sail into Victoria’s harbour is set to arrive tomorrow morning. Kori Sidaway has a preview of the seaside titan that’s to come.

The Explorer of the Seas is the biggest cruise ship that’s ever sailed into Victoria. That is until the behemoth Norwegian Bliss docks tomorrow morning.

And this ship is big ? very big. It’s almost twice as tall as the Empress.

From sea level to the top, you have to take an elevator for 20 decks.

Don’t forget the 900-seat theatre, and the all-glass observation deck.

With crew and passengers, the mammoth ship can handle almost 6,000 people. That many people can almost fill Victoria’s Save On Foods Memorial Centre.

And when all those people come ashore, they’ll be bringing a lot of money with them.

?On average a cruise ship call will deliver $400,000 in direct economic benefit, and on average about $130 million in spending for a season,” said Paul Nursey, CEO of Tourism Victoria.

Pictured on her bow are almost life-size humpback whales. The man who created the mural says he had a special audience in mind.

?My dream was that the humpback whales actually get to see themselves depicted, life-size on the side of this beautiful ship, the Norwegian Bliss,” said artist Wyland.

“I thought about that, and how cool is that ? what are the whales going to think when they see their own kind painted up on a ship??

The Norwegian Bliss will dock early tomorrow morning before heading off to Seattle. Join CHEK tomorrow, as we go on-board and bring you along for a close up look at the luxury liner. 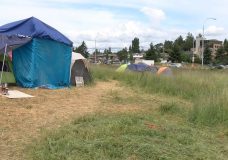 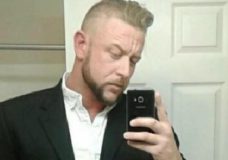