Tensions between police and protestors escalating at Fairy Creek

WARNING: Video is graphic and may upset some viewers.

Hundreds in Victoria turned up to protest police action at Fairy Creek that happened over the weekend.

“These bruises on both sides, this is what the RCMP did to her,” said one protestor, pointing out bruises lining another woman’s arms.

The protestors are alleging police brutality and excessive use of force.

“While they peppers sprayed them, men were groping the girls in horrific ways,” Marline Hail from the Wet’suwet’en Nation who has been demonstrating at Fairy Creek.

“The RCMP has got to be stopped.”

Videos circulating on social media from this past weekend show a crowd of around 60 Fairy Creek demonstrators blocking a road. Shoving ensues, then police pepper sprays the crowd, followed by multiple arrests using physical force.

“Those determinations are made by the members on the ground, I don’t have the exact details on what threshold was crossed for them to do that.”

The allegations of excessive force are catching federal politicians’ eyes, as they campaign for election.

“The RCMP have practiced violence, and they have not respected the legal right for protestors to gather,” said Harley Gordon, Esquimalt-Saanich-Sooke Green candidate who attended the protest in Victoria.

Online, several NDP candidates shared a letter on Twitter calling for a federal inquiry and an independent investigation into police actions at Fairy Creek, something the RCMP says it’s open to.

“We’re always open to change in policy and procedure if there’s a better way to do this type of enforcement,” said Sgt. Manseau.

RCMP says so far, no one has launched an official complaint about mistreatment.

Meanwhile, B.C.’s Premier reiterated his hopes for the conflict to stop.

“The Pacheedaht have deferred all old-growth logging in Fairy Creek, so the objective that the protesters set out to achieve, to me appears to have been achieved,” said Premier John Horgan.

Since enforcement at Fairy Creek began in May, the RCMP has arrested almost 700 protesters. 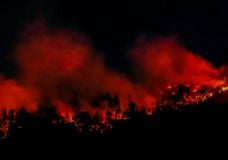 Impact of fires on wildlife needs study as blazes get bigger and hotter, says expert 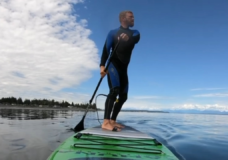