Posted: Aug. 13, 2020 5:49PM | Last Updated: Aug. 13, 2020 6:57PM
CHEK
WatchOn August 13, 2010, hundreds of men, women and children made a perilous journey across the Pacific Ocean from Sri Lanka to Canada. Fleeing a vicious civil war on the MV Sun Sea, they expected a warm welcome when they arrived in Canada. As Mary Griffin reports, it's been a long journey here for many of them.

On Aug. 13, ten years after the MV Sun Sea docked in B.C. at CFB Esquimalt with 492 refugees on board, a group of friends and families gathered at the B.C. legislature to mark the anniversary.

The ship had been intercepted off Vancouver Island on Aug. 12, 2010, and boarded by Canadians from a flotilla of vessels, then towed to dock.

The people on board were fleeing a civil war in Sri Lanka, including Piranavan Thangavel.

The first to disembark from the ship were children, some too weak to walk down the gangplank by themselves after three months at sea.

Thangavel said they all expected to be welcomed into Canada with open arms when they arrived.

“We just wanted to escape from our country, and save our life,” he said.

But the former Stephen Harper government had a different message for the migrants, delivered by then Immigration Minister Vic Toews.

“Our goal is not to stall or stop political refugees or refugees generally. Our goal is to ensure that our refugee system is not hijacked by criminal or terrorists,” Toews said.

Greeting the refugees was lawyer, Gary Anandasangaree, now an Ontario Member of Parliament.

He says the first off were small children their arrivals were treated differently from other refugees arriving in Canada.

“The build-up to their arrival there was a lot of innuendo and allegations of who these people were. They were undesirables. Criminals. Terrorists,” he said.

Thangavel was only granted refugee status two years ago. Some of the Sun Sea’s passengers returned to Sri Lanka. Many others are still waiting for permanent resident status.

And many of those who remain in Canada say they are still traumatized by their experiences in the war. The Canadian Tamil Congress had asked the Canadian Border and Services Agency for a portion of the ship as a historical record. But the agency destroyed it in November of last year. 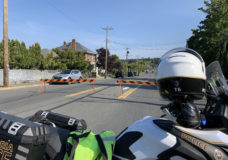 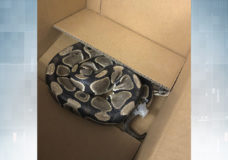