Overnight in Saanich, an SUV crashed through the front of an office building window.

Police attempted to go behind the SUV to pull it over. According to police, the driver continued to speed and acclerated away.

Police lost sight of the SUV but later found it had crashed into the front windows of the Condo Group Real Estate building at 3645 Tillicum Road.

“He immediately sped away, accelerated at a very high rate of speed, and at that point out officer stopped following due to the potential safety risks,” said Detective Sergeant Damian Kowalewich.

Officers with a police dog searched the area but did not locate the driver or any potential passengers.

Police are still working on identifying the driver. Criminal Motor Vehicle Act charges will be considered once the investigation has completed.

The vehicle went through a set of ground floor windows on the northeast corner of the building, causing thousands of dollars worth of damage to both the interior and the exterior of The Condo Group’s office.

“It’s devastating, yea everything is destroyed. though it would be more recoverable than this but with all the gas everything is a write-off,” said realtor Mike Pearce , as he sorted through what was left.

“I literally left an hour before this happened last night.”

“The car came in that way, and basically me and mike’s desks were first in line…. super scary,” said employee Neil Blainey.

Co-owner Tony Zarsadias rushed to the scene after getting a call from the alarm company.

“I was really hoping that no-one had died, like the driver of the vehicle was really really lucky there was about 2 feet away from hitting the structural concrete pillar,” he said.

Shards of glass and other pieces of the vehicle were launched across the room. And it isn’t the first time the business has had a surprise visit from a driver.

“We had somebody drive into, it’s a new driver, went to go into reverse out, and literally hit the gas and drove straight into our office. Little different, not high speed,” Zarsadias added.

Insurance will cover the cost of the damage, and employees are setting up in parts of the office which are safe. Police are trying to work with the registered owner to find out who was driving that night 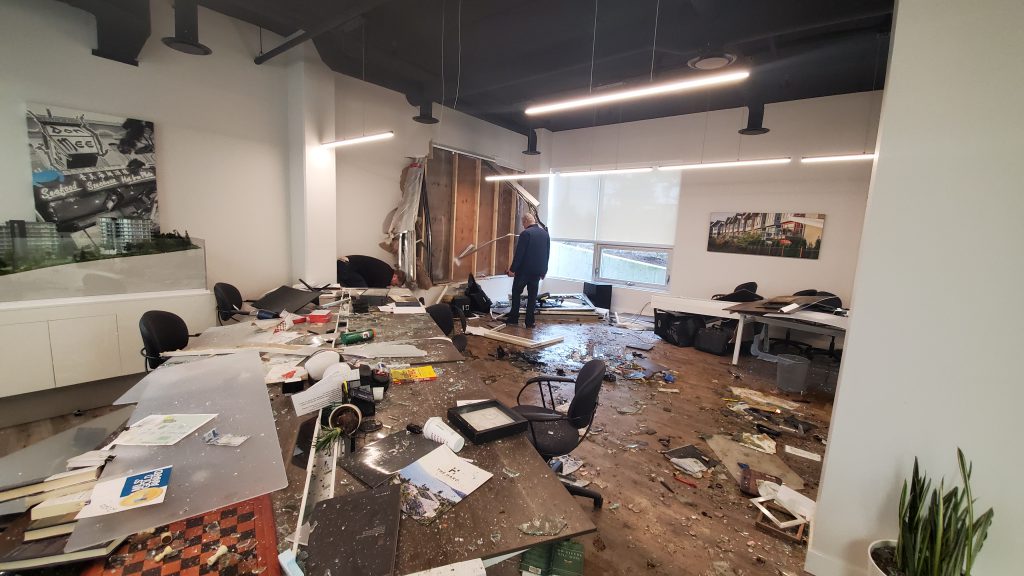 The floor, desks, walls and office equipment all took on damage along with the windows and wood side panelling on the outside.

Below are some of the photos of the crash sent by the Condo Group Real Estate LTD. 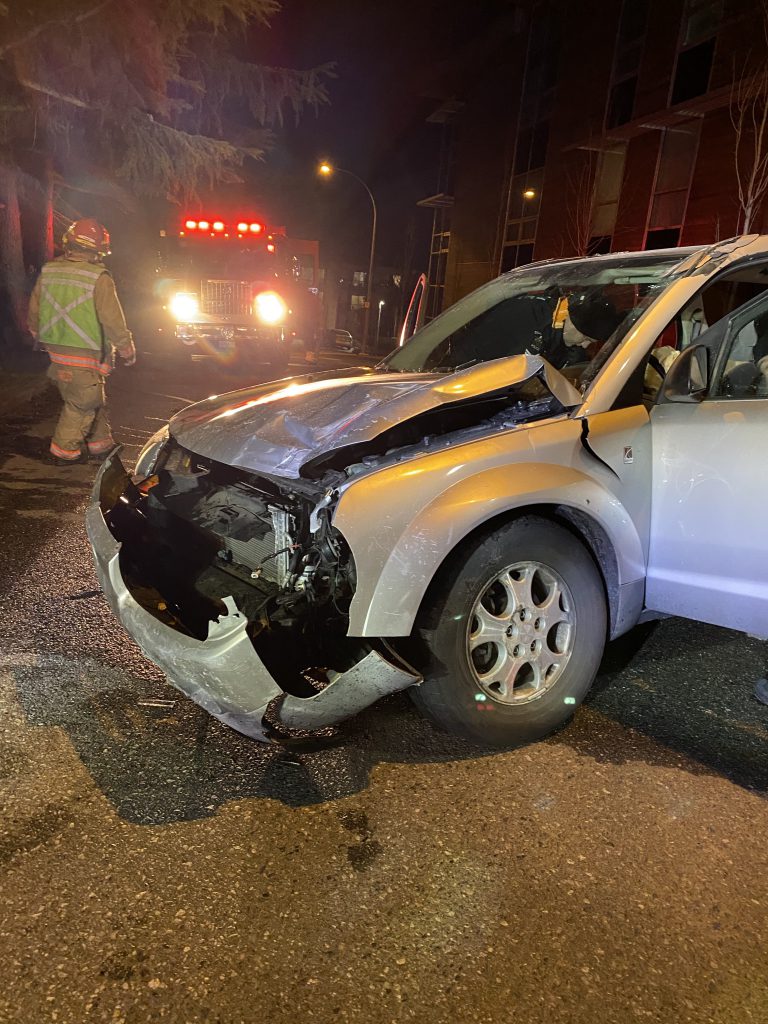 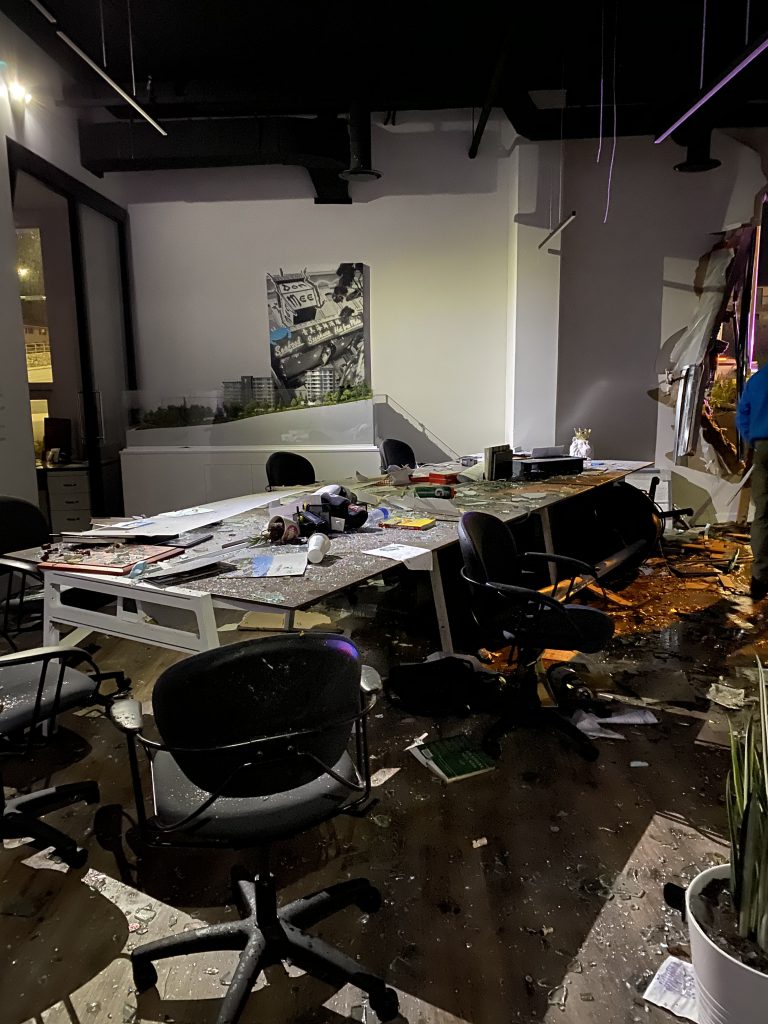 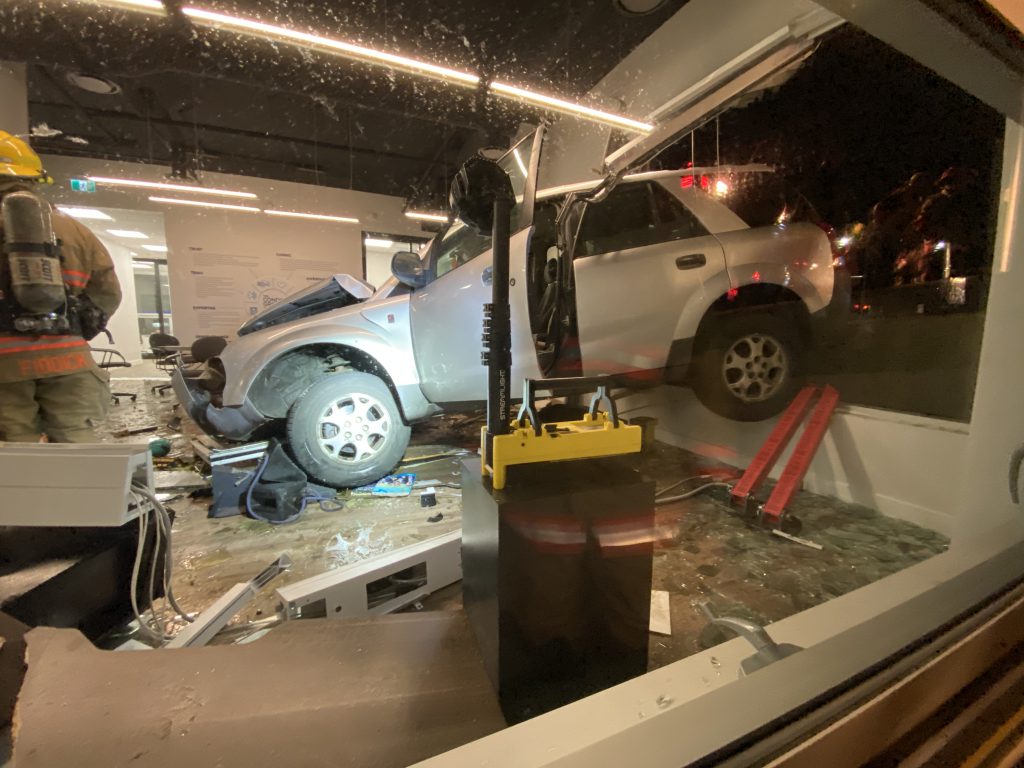 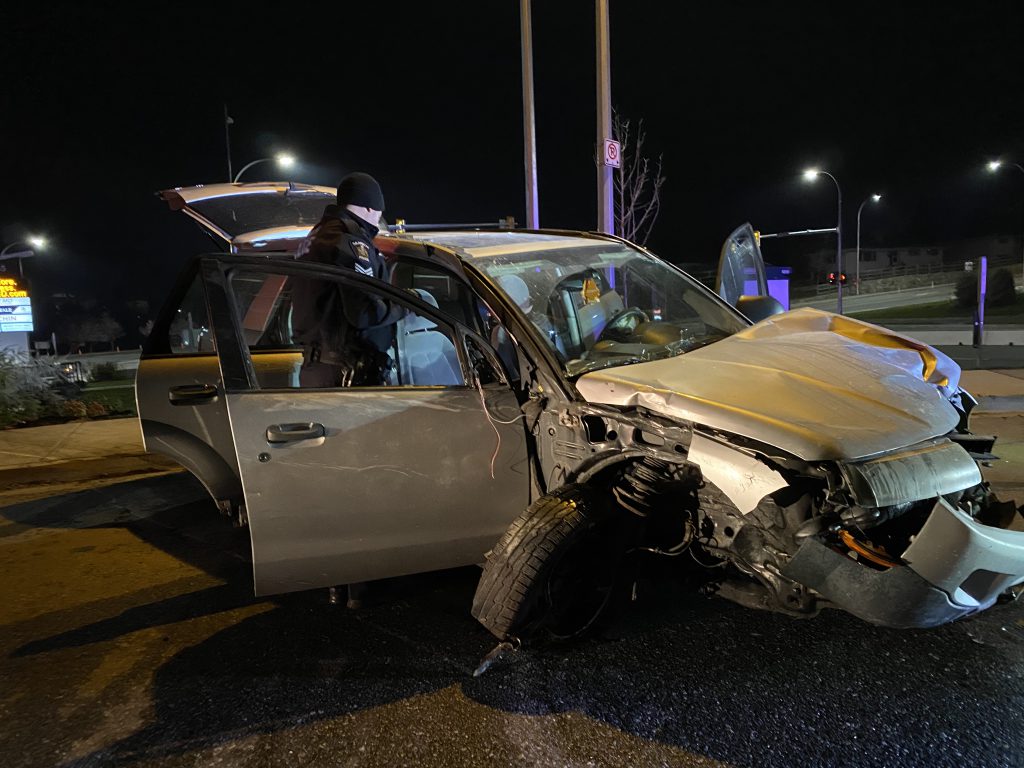 CHEK has reached out to Saanich Police and is waiting word on an update. 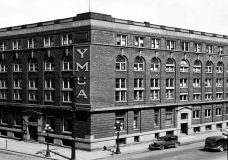 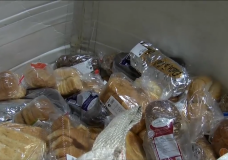