Nanaimo RCMP say that a man was sent to hospital after cutting himself with a cash register he stole during a violent armed robbery.

The incident took place Saturday around 5 p.m. at a Petro Canada gas station in the 1100 block of Terminal Avenue North.

Mounties say the man made it outside before being apprehended, and that he appeared to be under the influence of a substance.

Cleanup crews could be seen Sunday morning power washing a large amount of blood off the station’s lot.

Officals have not released information on the man’s current conidtion. 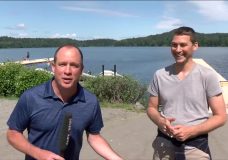 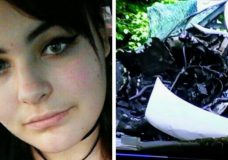