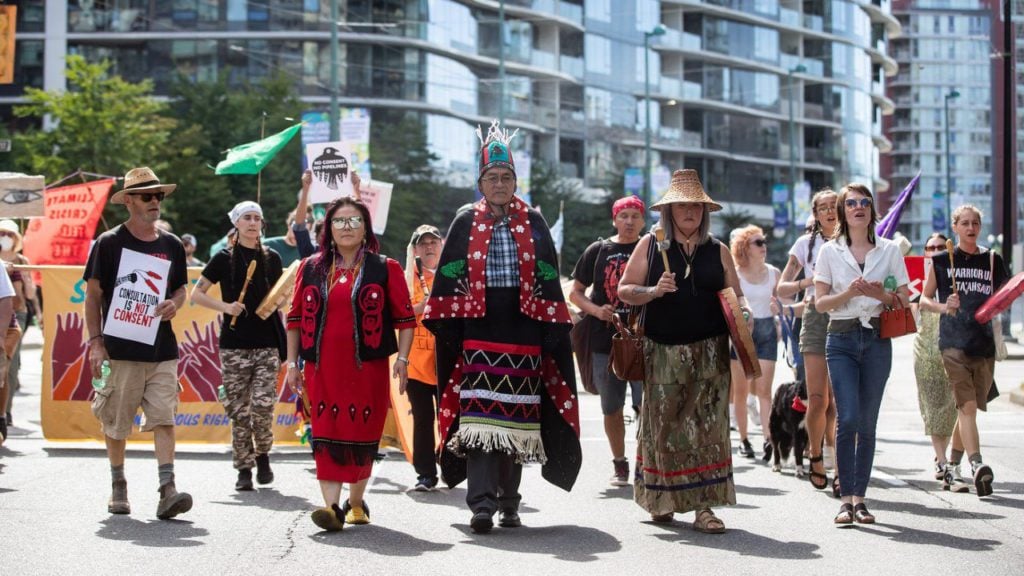 A Wet’suwet’en hereditary chief says he and counterparts from other clans have never surrendered rights to 22,000 square kilometres of traditional territory in northern British Columbia, and have not consented to the Coastal GasLink pipeline project.

Namoks, whose English name is John Ridsdale, is in Vancouver with fellow chiefs near the end of a tour of Indigenous communities across the country, that they have used to press their case about the pipeline project.

He says a drill pad site has been built on one side of the Wedzin Kwa, or Morice River, which members of the Wet’suwet’en Nation depend on, and they will try to prevent the pipeline company from drilling under it.

The hereditary chief made the comments after addressing several dozen supporters at a rally in Vancouver.

An advisory says the event was part of a “larger struggle to empower the Wet’suwet’en Nation” against drilling under the river for the 670-kilometre natural gas pipeline, and to connect Indigenous communities grappling with the effects of climate change.

Wet’suwet’en hereditary chiefs have opposed the pipeline for years, while 20 elected First Nations band councils along the route have signed off on the project, which also has the approval of the B.C. government.

An update posted to the Coastal GasLink website in late July says the project is 66 per cent complete overall, with 58.5 per cent of the construction finished.

The pipeline would transport natural gas from Dawson Creek in northeastern B.C. to Kitimat on the province’s north coast.

The update shows nearly 97 per cent of the route along the Morice River southwest of Houston has been cleared, with 14 per cent of grading completed. 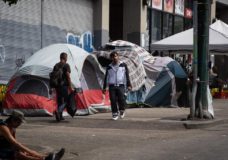 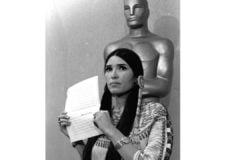