Sunscreen is suspected culprit for dying fish in Cowichan River

WATCH: Sunscreen from the tens of thousands of tubers going down the Cowichan River each summer could possibly be linked to the dead fish there. For years now, numbers of salmon in the river have been falling off and after learning of research linking sunscreen to deaths of coral reefs and fish elsewhere, a guardian of the Cowichan River is urging officials to do something here.

Every summer thousands take the blissful walk to the edge of the Cowichan River to sink into the cool water and float slowly down the winding waterway.

It’s generated a whole industry in tiny Lake Cowichan but now for the first time, local stream keepers are wondering if the dead fish in this river isn’t linked to all the sunscreen being slapped on those bare bodies.

“On a weekend it’s nothing to go through 1m000 to 1500 tubers a day,” said Lake Cowichan resident Joe Saysell.

Saysell has lived on the Cowichan River for more than 60 years and he says the last few have been alarming, with low water levels and fewer than ever hatches of insects. So he started researching the impact of sunscreen on the tiny larvae and found science in Australia, Hawaii and the Caribbean pointing to ingredients in sunscreen as the possible culprit.

“And that insect life because those insects are what feed everything,” he said.

The offending ingredients leave a slick on the water and research shows they impact reproduction leading to some even being banned in sensitive waters.
So Saysell is urging governments to start looking into it and fast.

“It rang alarm bells,” said Saysell. “There must be something going on,” he said.

He’s appealing for tubers to use environmentally friendly sunscreen.

Diane Nicholson said she’ll start from here on out.

“I was completely blown away. Yeah,” said Nicholson. “I’m not using it [sunscreen]. It’s for everyone else I’m just gonna burn,” she said.

Not a solution for the long run, but it is an awareness that Saysell is celebrating.

“That just feels so good that maybe people are actually listening you know,” said Saysell.

As this guardian of the Cowichan looks to keep it healthy for generations down the bend. 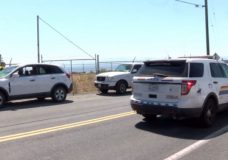 Dog killed by another dog at Esquimalt Lagoon 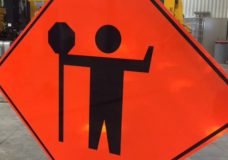