B.C.’s alcohol consumption during first year of COVID-19 pandemic was the highest in decades

Posted: Dec. 15, 2021 8:15PM
CHEK
WatchBritish Columbians drank more alcohol during the first year of the COVID-19 pandemic than in any year of the last two decades, a new study suggests. Dean Stoltz has more.

British Columbians drank more alcohol during the first year of the COVID-19 pandemic than in any year of the last two decades, a new study suggests.

According to a recently published study by the University of Victoria’s Canadian Institute for Substance Use Research (CISUR), consumption for this past fiscal year — April 1, 2020, to March 31, 2021 — was equivalent to 547 cans of 5 per cent beer or 104 bottles of 12 per cent wine per year for each person aged 15 or older in the province.

At 9.32 litres of pure alcohol per capita, it is the highest level of alcohol consumption recorded since CISUR started monitoring it in 2001.

Dr. Tim Naimi, director of CISUR, said the figures confirm a rising trend that CISUR researchers first identified in the early months of the COVID-19 pandemic.

“This tells us the higher levels of consumption seen in the first few months of COVID were not the result of stockpiling, but of an overall increase in drinking sustained over the year,” says Dr. Naimi.

While consumption at bars and restaurants saw large decreases — 60 per cent and 46 per cent, respectively — it was more than made up for by increases at liquor stores, which accounted for 55 per cent of all alcohol sold in the province.

In Courtenay, the owner of the Whistle Stop Pub and Liquor store says sales in his pub came to an abrupt end in March 2020.

“The 17th of March was St. Patties Day and we celebrated that here, that was the last of it, after that we were shut down for two months,” said Barry Vandusen.

COVID-19 was taking hold across Canada and bars and restaurants were shut down by health authorities, at that time. But almost immediately, the business shifted to the adjoining Whistle Stop liquor store.

“All of a sudden you don’t have your bar sales, but all of a sudden the liquor store starts going up increasing in sales dramatically,” added Vandusen.

“The increase in consumption is probably on the order of three per cent or four per cent, which may not sound like a lot but it actually is for any one year,” added Naimi.

He says it’s also part of a broader secular trend where consumption has trended up eight to 10 per cent in the last seven years.

“COVID-era changes to alcohol policy such as increased hours, government support for liquor retailers to develop online stores, expanded home delivery and declaring liquor stores an essential service have certainly played a role in these increases,” said Naimi. “It has never been easier to buy alcohol in B.C., and we know increased availability of alcohol leads to people drinking more.” 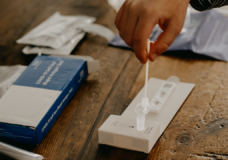 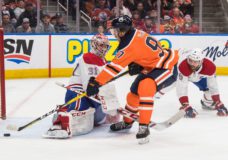